Cam Singletary has been starting on Varsity since his freshman season. His JR season he led Colquitt County to one of their best seasons in school history. Ending the season with a 21-7 record & a Sweet 16 Appearance v.s. powerhouse Norcross High School. The lightening quick PG also earned a spot on the Region 1-7A All-Region 1st Team & selected to the GACA All-State team. Colquitt County High school is graduating two key seniors (DaNas Andrews & Tyrese King – Both NAIA D1 Signees) this year. So, expect Cam to elevate his play to another plateau. Look for the hidden south GA gem to explode in the 2017-2018 season. 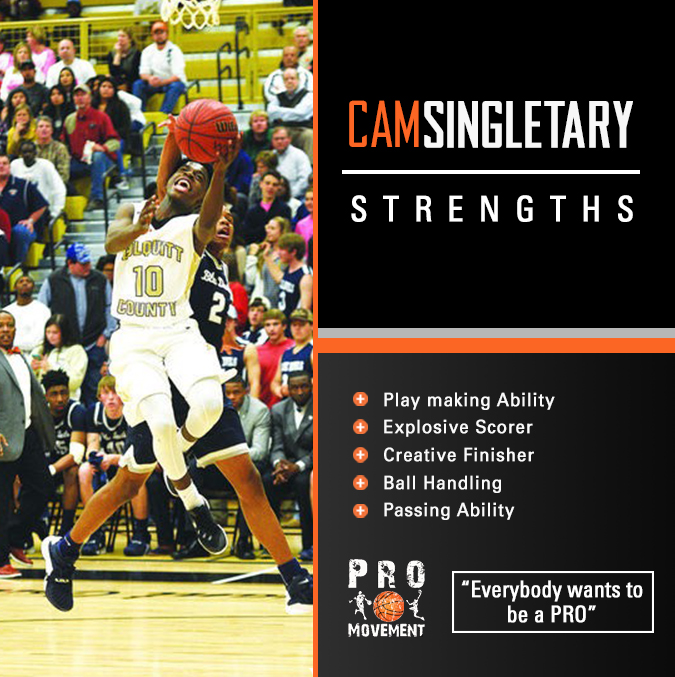 Cam Singletary will be an impact player at the collegiate level. While many may focus on his size and stature, the facts still remain, he is one of the most gifted basketball players in Georgia. Cam is a high potential prospect that will flourish at the next level. His play making ability & control of the game makes him a force to be reckoned with for opposing defenses. The talented PG will be a impact player for a college program and add value to the roster in various ways. The #PROMovement staff believe his best basketball is ahead of him.