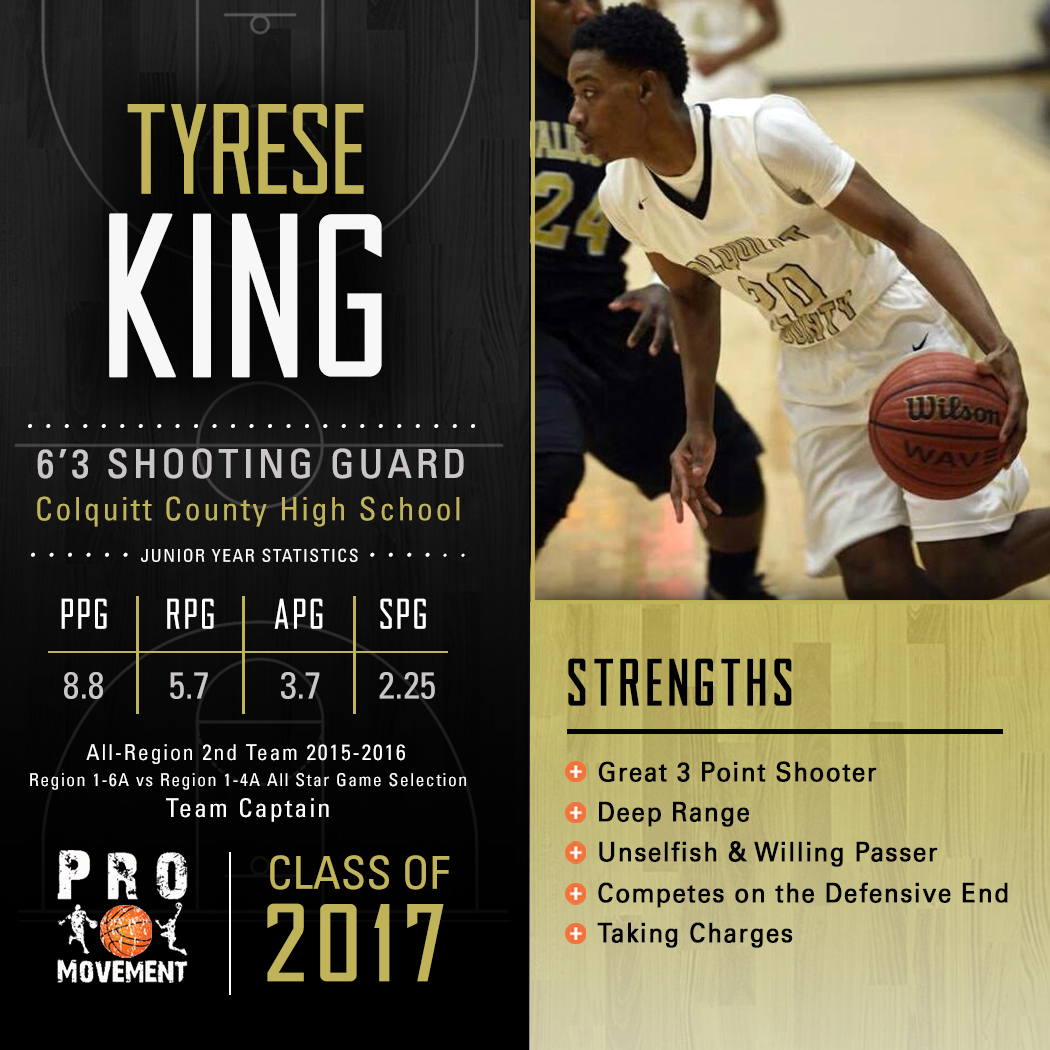 Tyrese King is a long shooting guard with deep range, well outside the 3 point line. Standing a solid 6’3, King is known for his shooting ability but brings much more to the table then just shooting. As a junior, King earned a spot on the All-Region 2nd team and is looking towards his senior campaign with huge goals for himself and his Colquitt County High School team. King is a big shot taker & maker that will have to carry a huge load  for his high school team during the 2016-2017 season, along with team mate DaNas Andrews. The roles of leadership with fall on the shoulders of these two young men and they are definitely ready for the challenge.

Tyrese is a great shooter but he does not rely solely on his outside shooting ability to score. He has also proven to be a solid slasher who can attack the rim as well. But what PRO Movement loves about Tyrese the most is his competitiveness and effort on the defensive end. He is a player that can guard positions 1 through 3, effectively. His length is key in what he is able to do on the defensive end for his team. Also, King has no problem with sacrificing his body and is known for taking charges on a nightly basis! Tyrese is a two-way player, that competes on both ends of the court and has deep range from 3. A player you want on your roster…

Tyrese King is a very attractive prospect for a lot of college teams because of his size, length and shooting ability. He will be able to stretch the opposing defenses and will add a talented athlete with length to your roster. King is an overall solid prospect who’s stock will rise going into his senior campaign. The schools that recruit him early have the best shot of landing 6’3 King. And his stock will continue to rise as he shows to be one of the top players in South Georgia’s class of 2017. Tyrese is definitely flying “under the radar” right now on the recruiting circuit but we expect that to change over the summer and heading into Fall.