DaNas Andrews is an aggressive 6’3 wing that loves to compete. He can defend at a high level and the 6’3 lefty averaged nearly eight rebounds his junior season. DaNas plays his AAU basketball with the powerhouse Georgia Stars South. During his junior campaign DaNas earned a spot on the All-Region Honorable Mention Team (1-6A) and also was selected to the Region  1-6A vs. 1-4A All-Star Game. The physical wing looks to have a big summer and lead his Colquitt County High team to a deep run in the region tournament in 2017. As his game continues to develops look for him to have a huge senior season and make his mark as one of the premier players in the region. 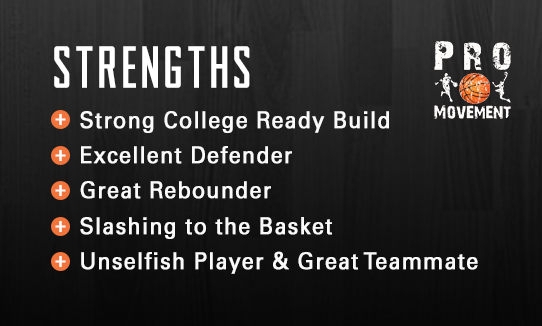 DaNas Andrews has evolved into quite the collegiate prospect heading into his senior year. Standing 6’3, 210 lbs, DaNas already has a college ready frame and bring the physicality aspect to his game most high school players do not have. The lefty can already bench 225lbs and squat over 300lbs. DaNas is a aggressive defender that can guard multiple positions on the floor. He finishes strong around the rim and is a unselfish player that will do all the little things to win a basketball game. Defending, rebounding and being a hard nosed competitor every night is what makes DaNas different. Look for him to have a huge senior year and his stock to rise over the summer.