Tra Whitfield is an under the radar prospect from Valdosta High School in Valdosta, Georgia. Tra’s best asset is that he has tremendous hands, which enable him to rebound at a high rate. His offensive rebounding acumen creates additional possessions for his team. He is also a high level finisher around the rim. Defensive versatility is a highly sought after skill in today’s college game – Tra has the ability to effectively defend multiple positions on the basketball court. Tra is primed to have a breakout senior season – the #PRO staff expects big things from him during the 2018-19 season and beyond. 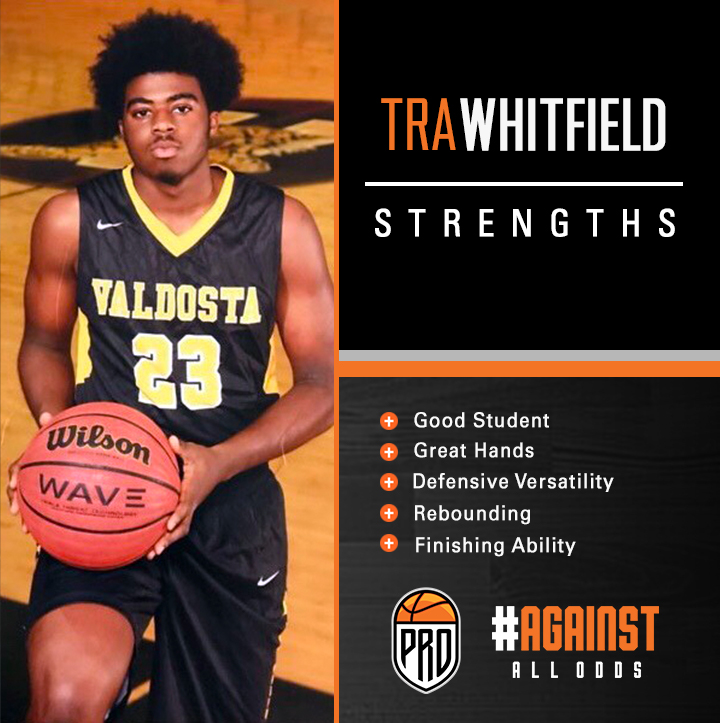 Rebounding is an under appreciated and often overlooked basketball skill. At the next level, Tra’s ability to rebound the basketball will earn him playing time. Defensively, he is ready to compete from Day One. His physical strength enables him to guard interior players, but he also has the lateral quickness to defend on the perimeter as well. As his ball-handling and perimeter shooting continue to improve, he will become a more formidable offensive threat. Tra plans to major in Sports Medicine.