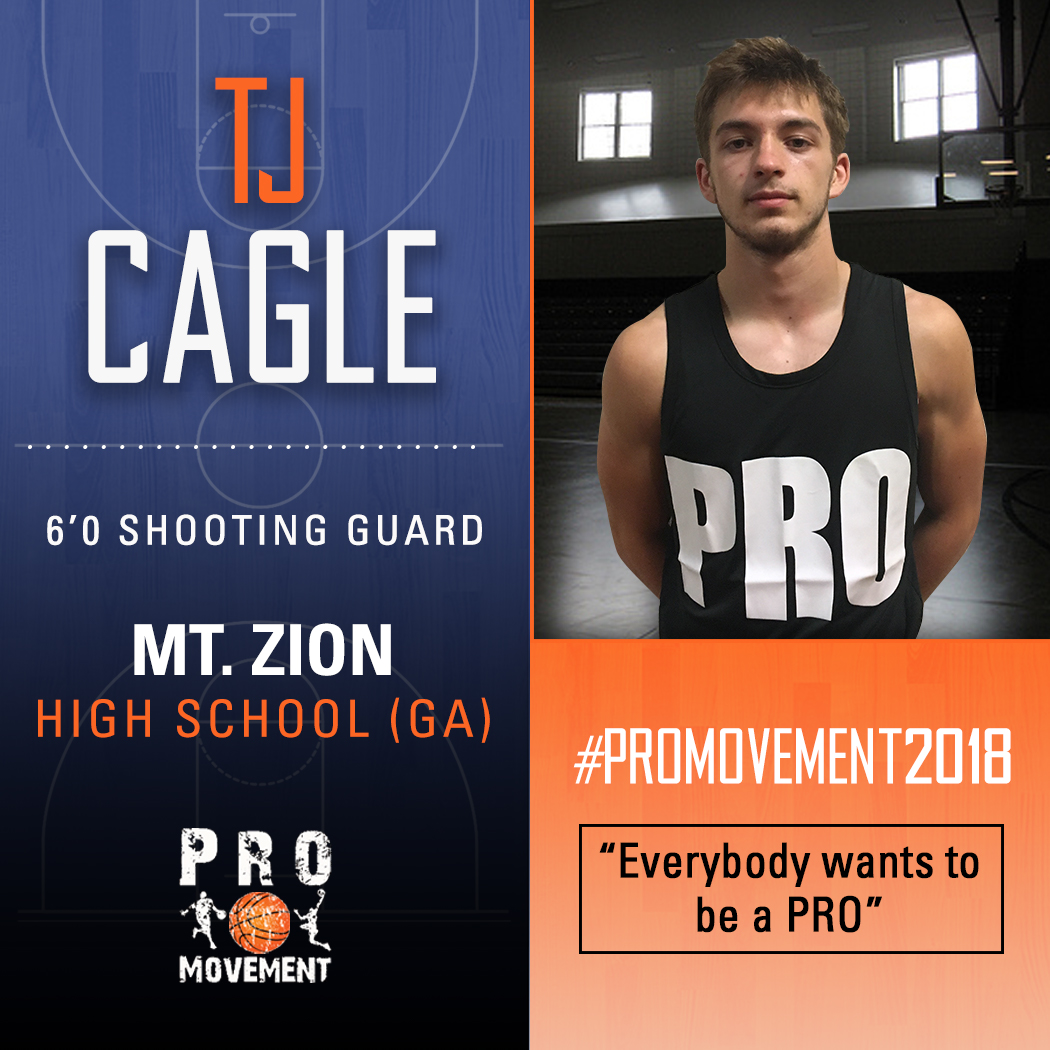 TJ Cagle is one of the premier high academic prospects in the West Georgia region. Heading into his senior year at Mt. Zion High School in Carrollton, Georgia, TJ possesses a 3.9 GPA and earned a composite score of 24 on the ACT. This young man excels both in the classroom and on the basketball court. Following the conclusion of the 2016-17 season, he was named 2nd Team All-Region for Region 6-A Sub Region A in addition to being named 2nd Team All-Area. Without question, TJ’s best asset is his shooting ability – he is a knockdown 3pt shooter with deep range. However, he is not “just a shooter” – TJ is very crafty with the basketball and is able to penetrate and finish at the rim as well as create opportunities for his teammates. The #PROMovement staff anticipates that TJ is going to have a breakout senior season. 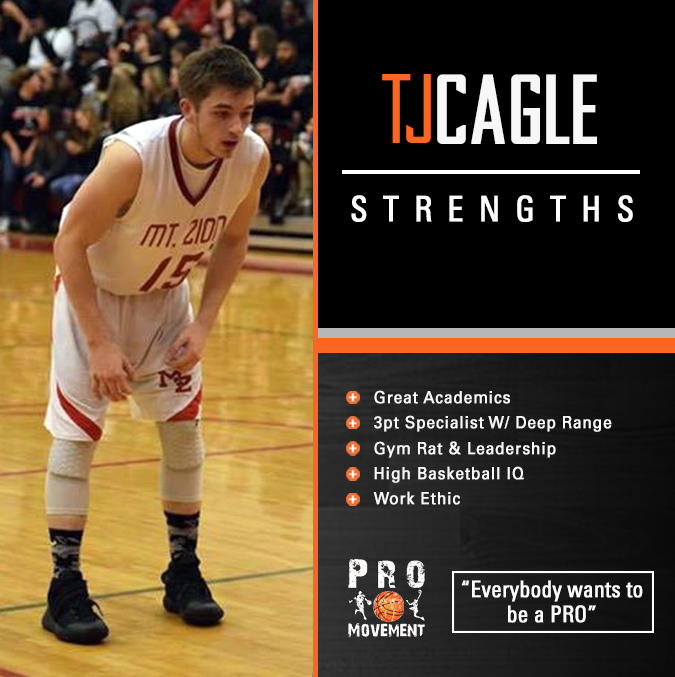 TJ is a very attractive prospect for the collegiate level. College programs in need of a knockdown shooter need to look at TJ Cagle. His ability to shoot the basketball will put a lot of pressure on defenses, making life easier for his teammates. His impact will be felt just as much off the court – TJ is a young man who will be a leader in the classroom, in the locker room and on the campus. TJ plans to major in Sports Management.