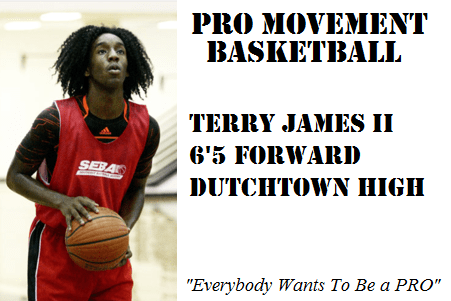 Terry spent his junior and senior seasons at Dutchtown High School. It did not take him much time to become the “fans’ favorites”. Terry is difficult to defend for opposing teams because of his versatility. Terry has played every position on the court this season, excluding point guard. He can step out and hit the open three and his post-game is very strong. Terry also has the ability to attack the offensive glass and get his team the extra possession. His length and athleticism gives him the ability to dominate the glass and become a great defender. Terry can guard almost any position on the court. Averaging        over 15 points per game, 5 assists and 8 rebounds, Terry has definitely proven to impact the game in various ways. The energy and passion Terry plays with is inspiring and very impressive. You can expect to get maximum effort from Terry each day he laces up his shoes.

Terry is going to be a very good college player because of his versatility and ability to dominate the game in more than one area. But, what makes Terry’s future even brighter is the fact that he always plays with maximum effort no matter the circumstances. His ability to rebound the ball on the offensive and defensive end is a very valuable asset Terry possesses. His humble demeanor and character allows him to continuously learn and improve his game. As Team Captain, Terry has been able to lead by example and, at the same time, dominate the box scores nightly. His versatility allows him opportunities to  affect the game in many ways that other players cannot. Terry has the ability to immediately improve a team’s roster next season.