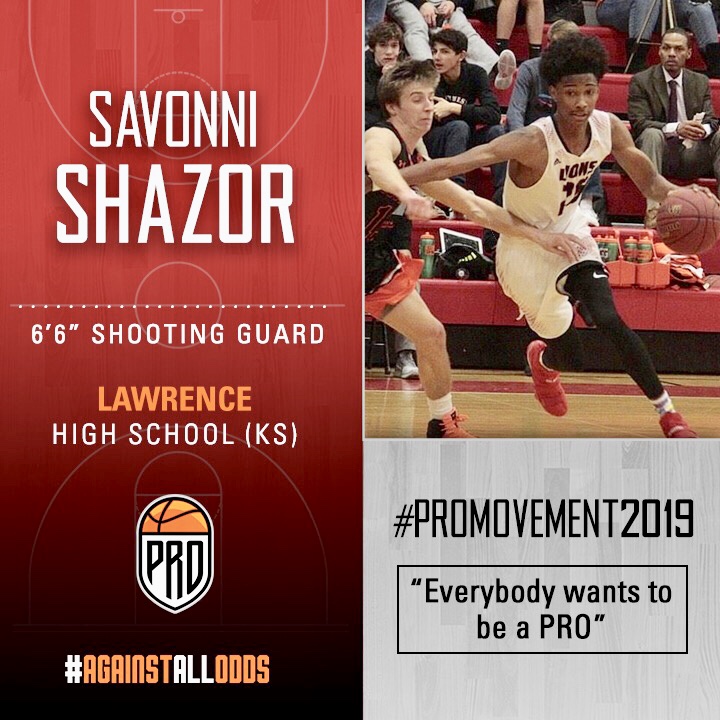 Savonni Shazor is an under the radar prospect from Lawrence High School in Lawrence, Kansas. At 6’6, he possesses the talent and skill set to play all three perimeter positions as well as the 4 (in small ball lineups). Savonni can attack defenses both as a scorer and facilitator. Scoring wise, he shoots the three at a high percentage and can get into the paint and finish. His best asset may be his passing ability – at 6’6, Savonni can see over the defense and he does an excellent job of putting his teammates in positions to score at an efficient rate. The #PRO staff is very excited about Savonni’s future – we expect him to have an outstanding senior season. 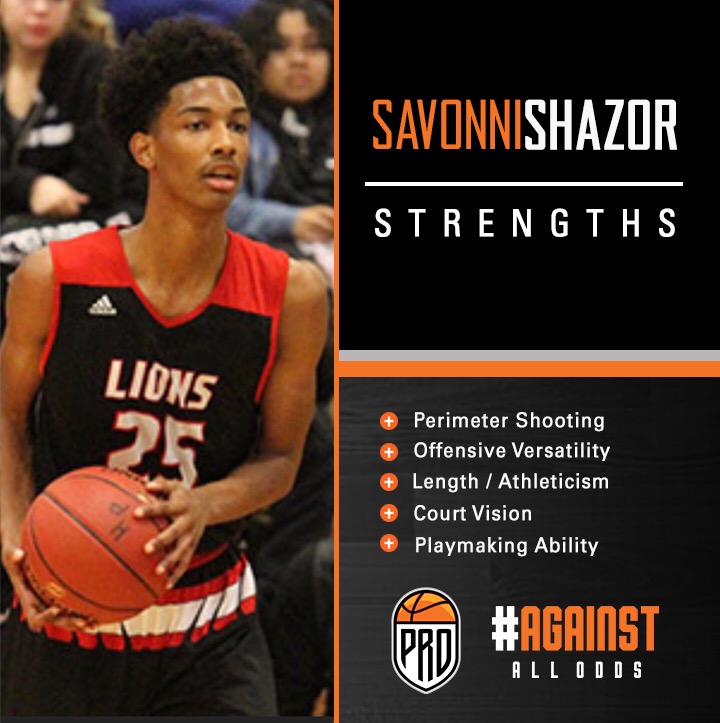 Savonni Shazor has the opportunity to be a special player at the next level. His offensive versatility is tremendously valuable in today’s game. Savonni’s combination of length, athleticism, and ball skills make him an extremely attractive prospect for college programs. As he develops physically and gets stronger, his game will continue to expand further and further. Without question, his best basketball is ahead of him. Savonni plans to major in Psychology.