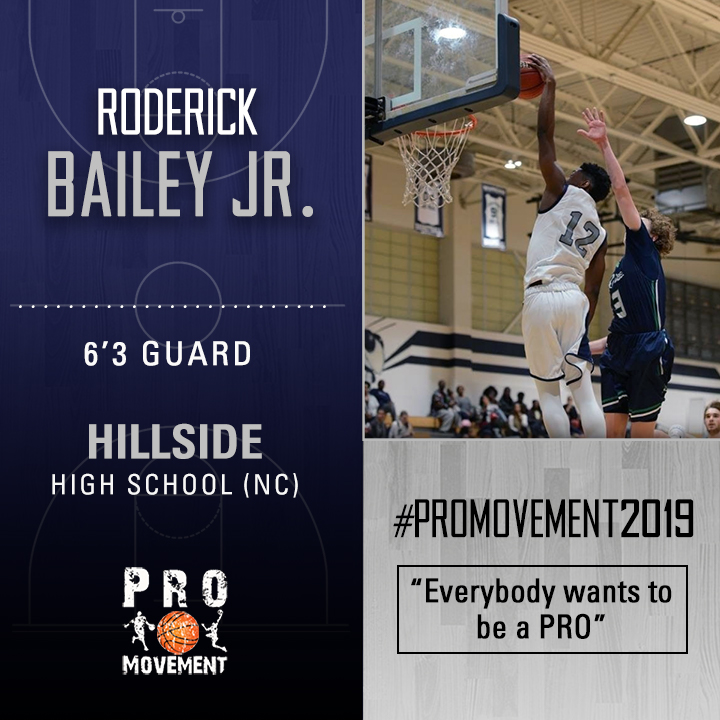 Bailey Jr. is a very athletic wing that shows tremendous upside & potential as he is headed into his junior season at Hillside HS. He’s an excellent slasher who can finish strong in the paint with either hand. Bailey Jr. is effective with his dribble drives to the rim and creating scoring opportunities in transition. The athletic slasher also has solid perimeter skills that will only improve as he develops. Defensively, Bailey is a versatile defender that can guard multiple positions on the court, which makes him a threat on both sides of the ball. Most important, Bailey Jr. is a “gym rat” with an elite work ethic & dedication to his craft. Whether it’s coming in the gym early & staying late to get up extra shots or staying consistent to his weight room routine… Bailey Jr. is definitely putting in the work to get where he wants to go. 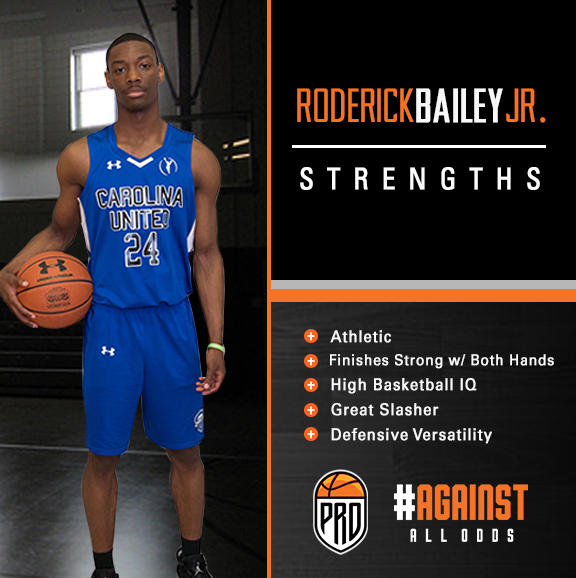 #PROMovement believes Rod Bailey Jr. has the potential to be a very good collegiate prospect. He already has the athleticism & will definitely grow and get stronger over these next two seasons. As gifted as Bailey Jr. is now, we expect a much more dangerous & evolved version of himself this time next year, which will definitely raise his stock to college recruiters. We will document his progression & development over the next year to see how Bailey Jr.’s skill set has evolved.  #StayTuned