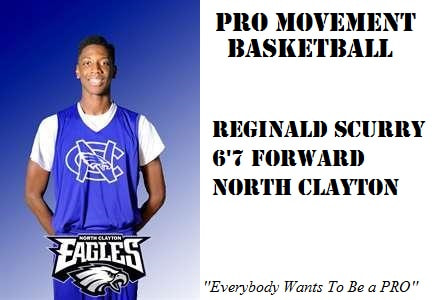 Reggie has had an impressive high school career and developed into one of the most dominant players in Georgia. During his senior campaign, he averaged over 17 points and 8 rebounds. His most impressive stat and strength would be the 2.5 blocks a game. Not only is he a force to be reckoned with on the offensive end, but he also dominants the paint on the defensive end. Finishing his senior year, he was awarded 1st Team All-Region, which speaks to his improvement from his junior year when he received 2nd Team All-Region. Reggie has the soft touch around the basket and goes after every rebound with a relentless attitude. Reggie gets off the floor very quickly which gives him the ability to block or alter many shots. Reggie has proven to be a dominant player in his region, as well as the state of Georgia.

Very Quick off His Feet

Soft Touch Around the Basket

*This video was made by Hotlanta Prep Prospects LLC.

Reggie’s potential at the collegiate level is very bright because of his ability to dominant the game on both sides of the court. Offensively and defensively, Reggie has the skills and abilities a lot of other forwards don’t have. Reggie has a lot of “raw talent” that you cannot teach; for this reason, his upside is tremendous. He is versatile, long and quick enough to guard multiple positions. As a coach, you would be able to utilize Reggie in various ways, regarding strategy. What makes Reggie such a special player is the passion and effort he exhibits. He goes 100% on every play and leaves everything on the court. For these reasons, Reggie has been able to surpass his competition and play at an elite level. His work ethic has led to his improvement as a player and will continue to push him into becoming a very good college player.