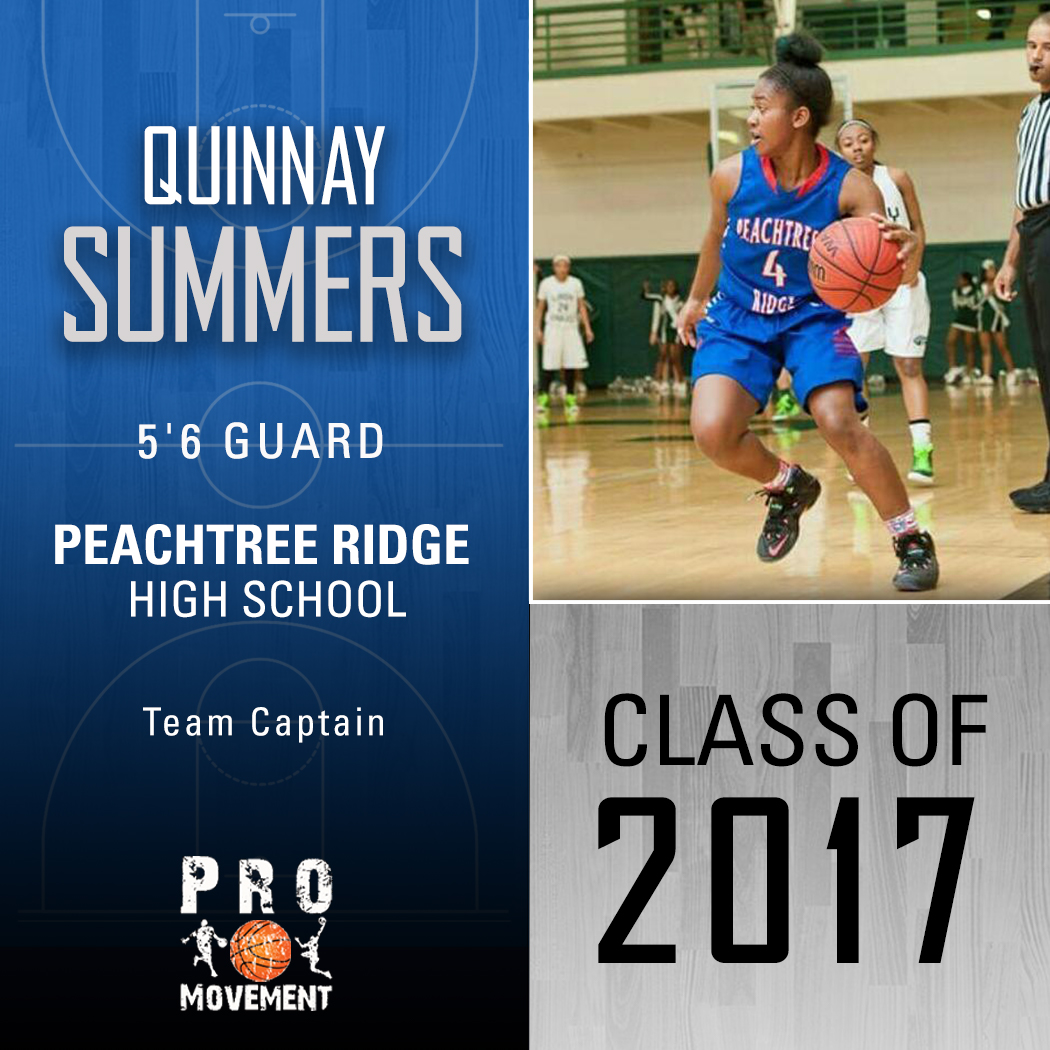 Quinnay Summers has been starting for Peachtree Ridge High School for the last 3 seasons. Summers also played AAU ball with EOTO. Playing in a very competitive high school region and on the AAU circuit has molded Summers into the competitive hard-nosed guard she is today. Standing 5’6, Summers has earned a reputation for being a great on-ball defender that can create turnovers. Each year she has been one of the region leaders in steals. Summers plays with composure and is very poised while on the court. Which is why her high school coach relies on her heavily for leadership on the team. Offensively, Summers has one of the best mid-range pull-up jumpers in the area. Quinnay Summers is a very well-rounded guard that does competes with maximum effort. 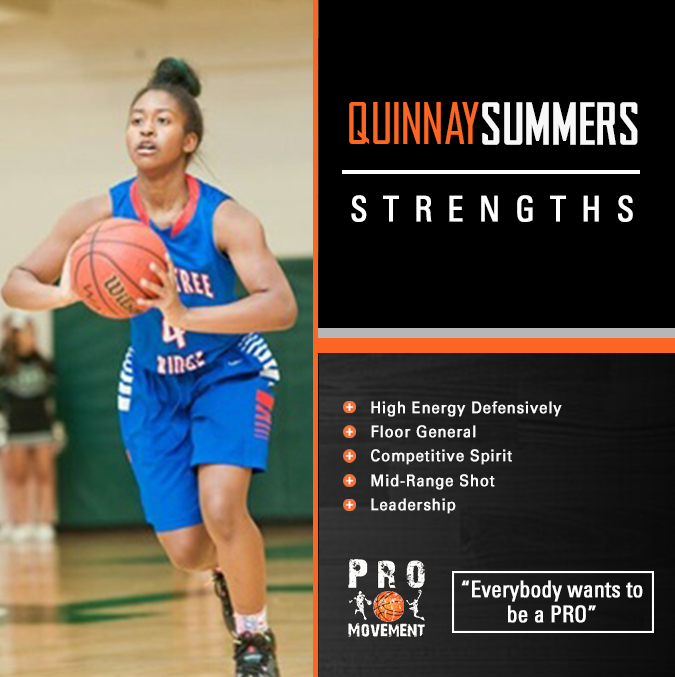 Quinnay will be a very good collegiate basketball player. She is a jack of all trades that does everything well. The energy she brings on defense is another aspect of her game a college coach will appreciate. Summers does many things that may not show in a stat sheet at the end of a game that should not be overlooked. Deflections, diving on the court for loose balls, charges etc… Quinnay plans to pursue a career in sports medicine after graduating from college.