Micah Banks is one of the top guard prospects in the state of Louisiana.  With the ability to play the point guard & off guard positions, Banks has a gift of putting immense pressure on opposing defenses. Banks is a three year varsity starter & has improved his on court performance each season. Concluding his junior campaign, he earned a spot on the All-District team. Banks is a very tough guard that doesn’t take plays off. He takes pride in competing on the defensive end of the floor & coming up with stops/turnovers. College coaches looking for a dynamic guard in their 2019 Class need to take a serious look at Micah Banks. 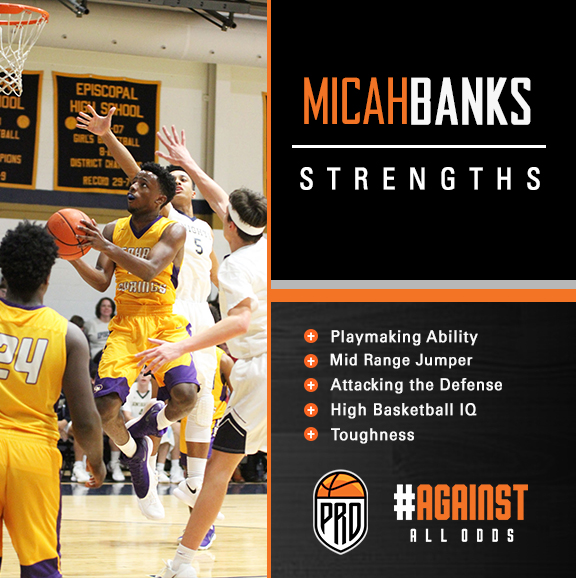 Micah Banks will has the potential to be a very good collegiate basketball player. His ability to create & score with ease will only improve as he gets stronger and matures as a prospect. The #PROMovement staff believes in the right program, Banks could impact the team as early as his freshman season. In Banks you are getting a prospect that adds value to your roster, as well as a high character young man that will add to the school community. Banks plans to pursue a degree in Computer Science.