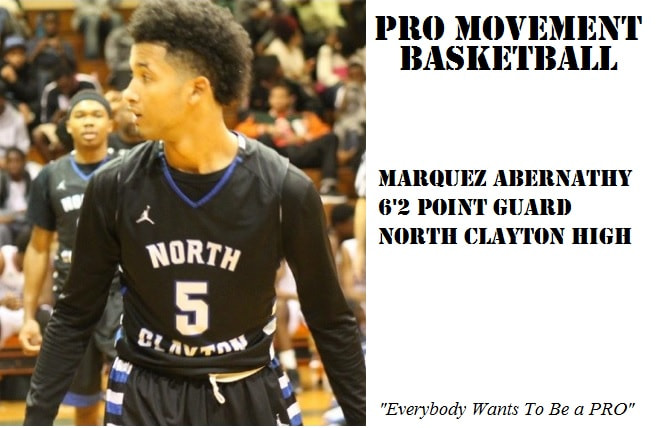 A “pure point” in today’s era of basketball is hard to find. In Marquez, you find just that. Averaging 15 points and 7 assists, Marquez has proven he can score when needed, as well as get his teammates involved. Standing at 6’2, 175lbs, Marquez has great size and uses this to his advantage when matching up with opposing point guards. Marquez is an excellent facilitator, very tough perimeter defender, and has great leadership qualities, which makes him such a great teammate. Marquez has started on varsity since his freshman season. Each year Marquez has spent hours in the gym getting better and improving his game. His hard work has not gone unnoticed. Marquez is considered one of the top seniors in the state of Georgia by many recruiting websites and continues to only get better.

Ability to Get Others Involved

*This video was made by Hotlanta Prep Prospects LLC.

Marquez has a bright future at the college level. His skill set and height at the point guard position makes him a rare commodity.  He will make any team better on not only the offensive end, as well as the defensive end. Adding a player such as Marquez will improve the team chemistry as well as the atmosphere. His infectious spirit for the game will inspire his teammates and those around him. Year after year Marquez has proven he can elevate and improve his game, which will translate to the college level very well. His work ethic is impeccable and contagious. He has the ability to help a team on the court next season as well as becoming an elite college point guard.