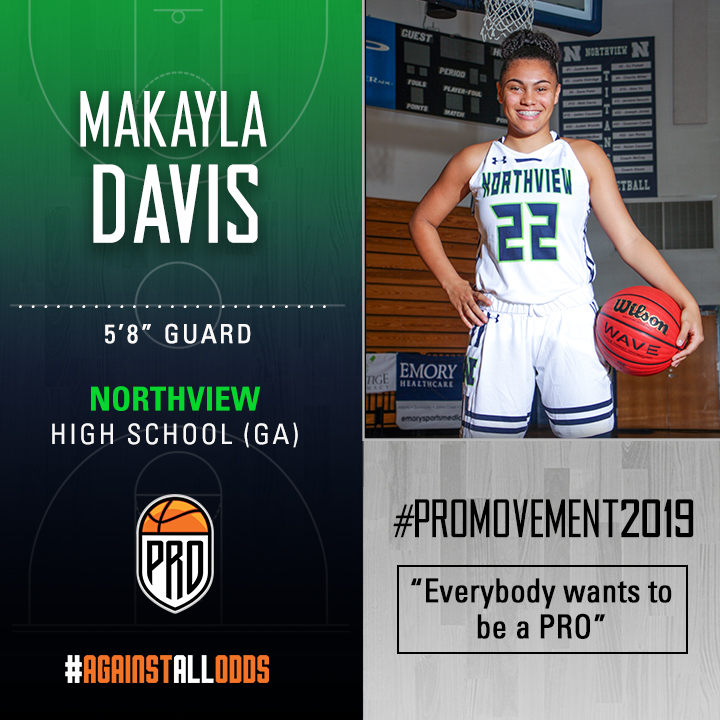 Makayla Davis is a 5’8″ Guard from Northview High School (Johns Creek, GA ). Davis is poised to have a breakout SR season for the Lady Titans. Her junior season she started the season as the 6th man & spark plug off the bench. However, as the season continued, Davis earned a spot in the starting lineup because of all the intangibles she brings to the table. Often the hustle plays that do not show up in the box score are what wins games & championships. Davis is cut from that cloth & will prove such, once again, this senior season. 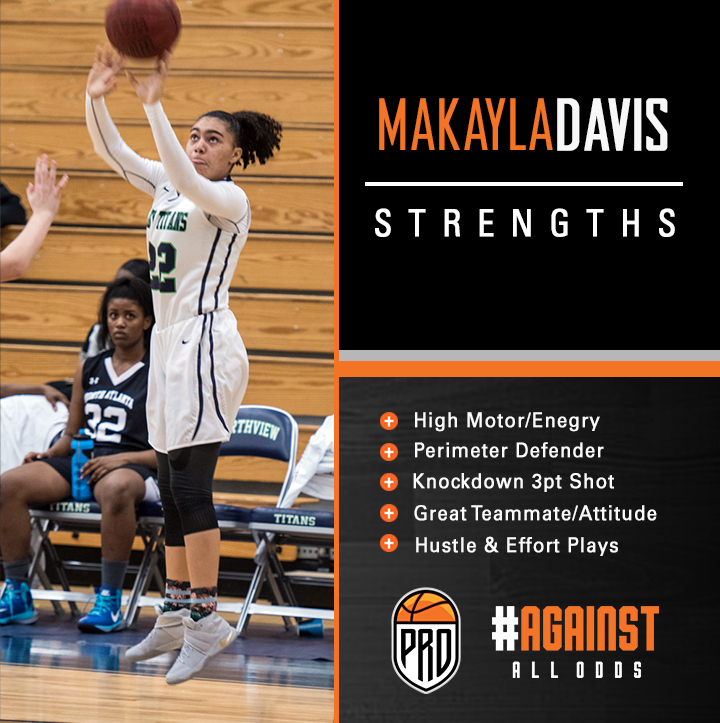 Makayla Davis has the potential to be a very good collegiate basketball player. Davis is a consistent threat from beyond the arc & very good perimeter defender. With those qualities alone, Davis will be able to earn consistent playing time & add tremendous value to a collegiate roster. What the #PROMovement staff loves the most about Davis is her high motor & energy she plays with. She will bring that same attitude, every night, to compete on a high level and & do all the little things that may go unnoticed to the casual fan. Davis plans to pursue a degree in Physical Therapy.