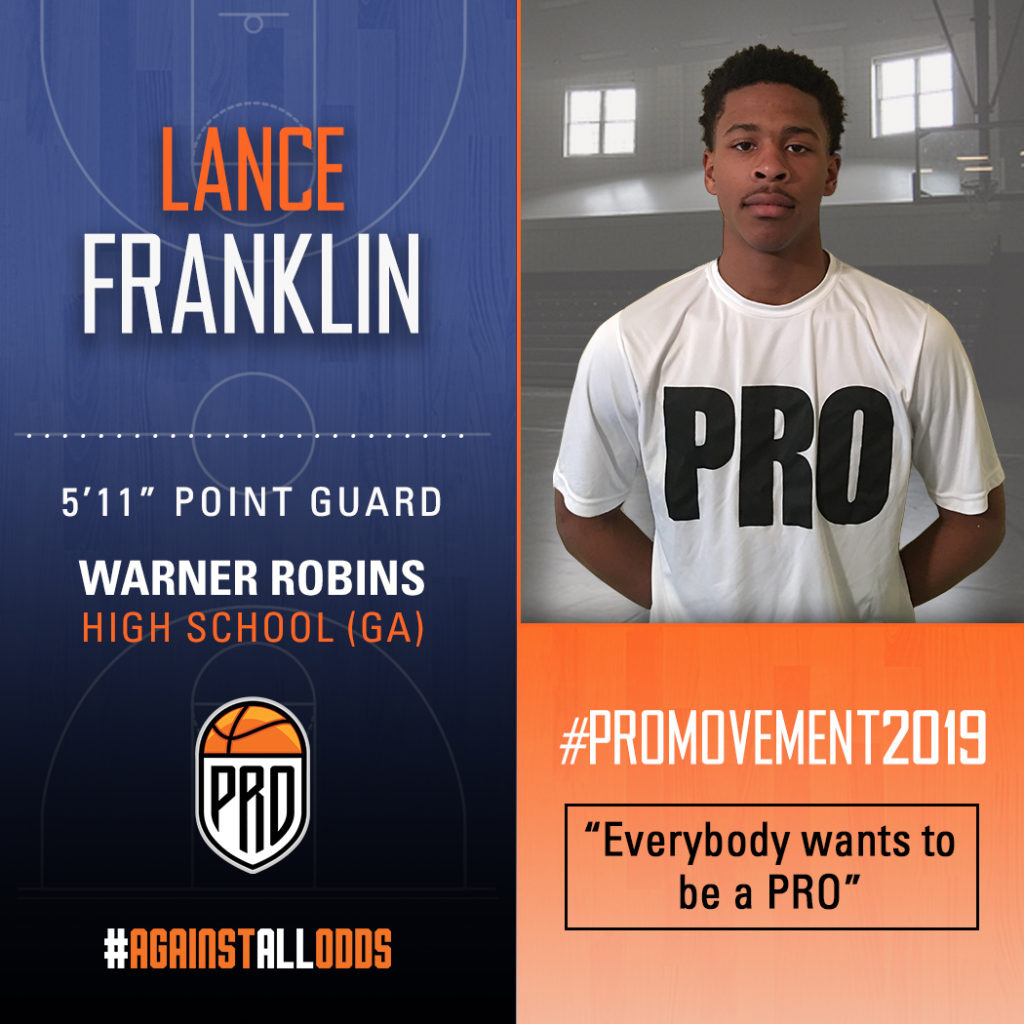 Lance Franklin is a tough PG from the Middle Georgia, that will attend Warner Robins HS for his senior season. However, his junior season at Tattnall Square Academy, Franklin earned a spot on the All-Region 1st Team as the lead guard. Franklin also competes with the Warner Robins All Stars on the AAU Circuit & made his name as one of the top names on the Middle Ga circuit for the 2019 Class. College Coaches need to keep an eye on Franklin this season as he has joined one of the top teams in the state. Warner Robins is graduating a few major starters in their 2018 Class & look to reload next season. Expect Franklin to be a huge addition to the roster next year. 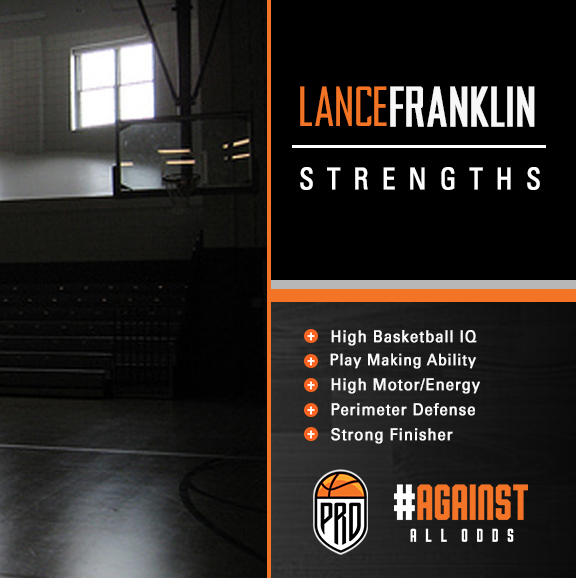 Lance Franklin will be a very good collegiate basketball player. At the PG position, Franklin already has a strong, college ready build & will be ready to compete from Day 1. What the #PRO Movement staff loves about Franklin is that he doesn’t take any plays off, especially on the defensive end. He has a high motor, great energy & has active hands that creates quite a few deflections and steals. Also, in Franklin you are getting a student-athlete that will compete on the court as well in the classroom. Franklin takes his academics very seriously and plans to pursue a degree in Business Administration.