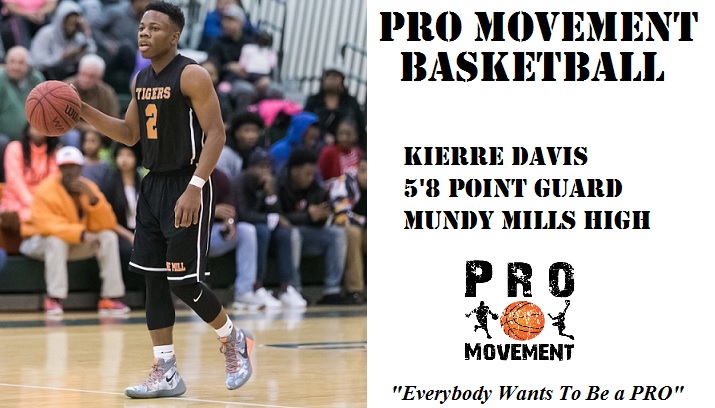 Kierre Davis is a lightning quick point that has developed into a great leader for his Mundy Mills high school basketball team. The crowd favorite is known for his top-notch passing ability, defensive plays and knocking down the three in crunchtime. Standing only 5’8, Kierre is often the shortest person on the court. However, the heart, passion and fearlessness he plays with is very intimidating. Kierre averages just shy of ten points per game, nearly six assists per game and four steals per game. His defensive mind state leads to many steals and opportunities in the open court for his team. Also, Kierre is shooting over 40% from 3-pt territory. One of Kierre’s main strengths is attacking the basket and finding open team mates. However, the most impressive thing about Kierre is he has led Mundy Mills high school to a 19-11 record in one of the most competitive regions in the state of Georgia. 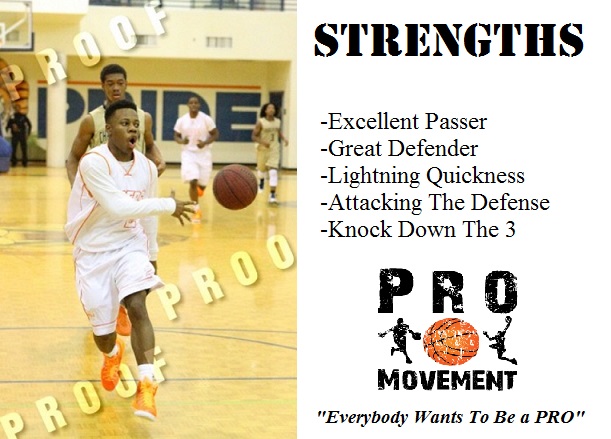 Kierre possesses tremendous upside and definitely has the potential to be a great contributor at the next level. His speed and quickness is second to none. Kierre’s most valuable trait may be his unselfishness as a team mate. He is a player that is not worried about personal statistics or accolades, rather how to win basketball games for the team. Kierre will be one of the top defenders on the team and the bottom line is he will always give 100% effort each time he steps on a  basketball court. He is a very talented guard with a great motor that can affect the game in various ways. Kierre is definitely a player you want on your roster next season. Kierre plans to pursue a Sports Management degree in college.