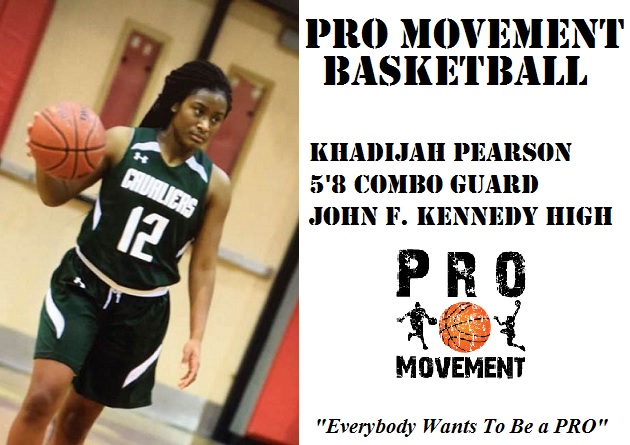 Khadijah is a Natural Born Leader that has been starting at the point guard position for John F. Kennedy High School for the past four years. Since her freshman season she has developed her game to blossom into one of the best players in the county. The 5’8 point guard averaged nearly 18ppg and over 5 rebounds. She is also a solid defender averaging nearly 2 steals per game and playing with excellent energy. Following her senior season she was selected as a 1st Team All-County Selection. Over the past four years she has led John F. Kennedy through the great seasons and tough ones, with a passionate fire never died off. She loves the game and gave her heart and soul to her high school team over career and definitely has the scars and scrapes to prove it! 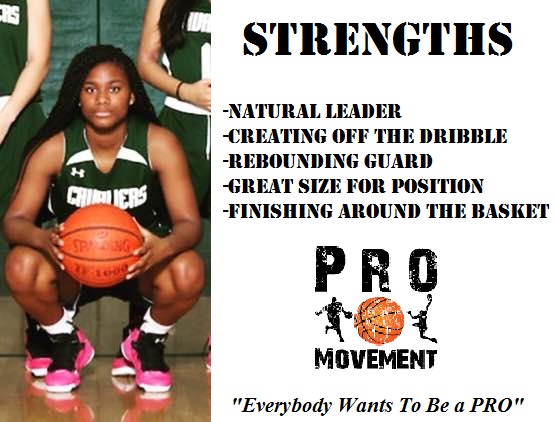 Khadijah has a very high ceiling at the college level. She is a 100% team player, high character, natural leader and has the talent to go along with it all. Her ability to hit the 3, as well as penetrate the defense makes her a dual threat at the next level. Standing at 5’8, Khadijah has excellent size at the point guard position; however, she does have the skill to play the shooting guard position. What makes her such an effective point guard is her poise and ability to control the game. With Khadijah you know you will get 100% effort on the court as well as in the classroom. Throughout high school she maintained a 3.8 GPA. Khadijah is a player you want to have in your locker room and putting on your University’s jersey! She plans to pursue a degree in Biology.