Kevin Wright, Jr. is an under the radar Class of 2019 prospect from Collierville High School in Collierville, TN (located just outside of Memphis). Kevin is the consummate floor general – he can guard the full 94 feet, facilitate for his teammates, and knock down the open three. His best asset is his ability to get into the paint at will. He is extremely adept at finishing around the rim – he can finish with either hand and has a nice floater. Kevin is also an excellent passer who creates numerous scoring opportunities for his teammates through his dribble penetration. The #PRO staff is excited about Kevin’s future. 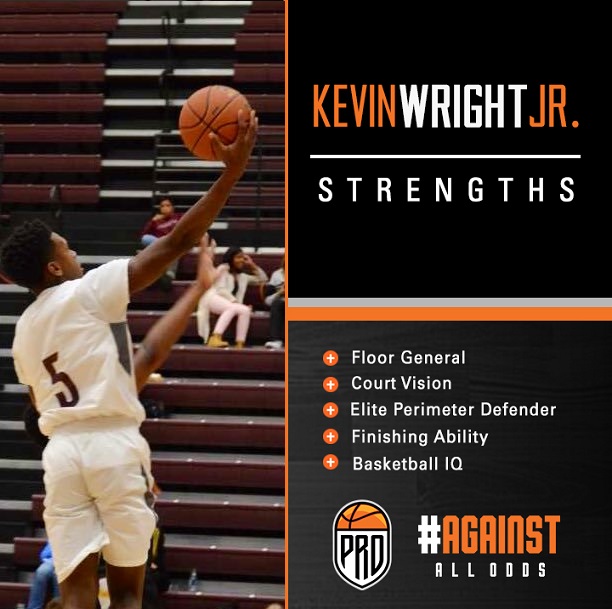 In the era of “space and pace”, it is critical to have a lead guard who can attack the paint and finish or kick out to open shooters. Point guards set the tone for their teams on both ends of the court. Kevin is in constant attack mode the moment he steps on the court. He puts consistent pressure on the defense and he is an aggressive defender who will give opposing guards problems. Kevin’s willingness to guard and his unselfish nature will be tremendous assets to a college program. Kevin plans to major in Business Management.