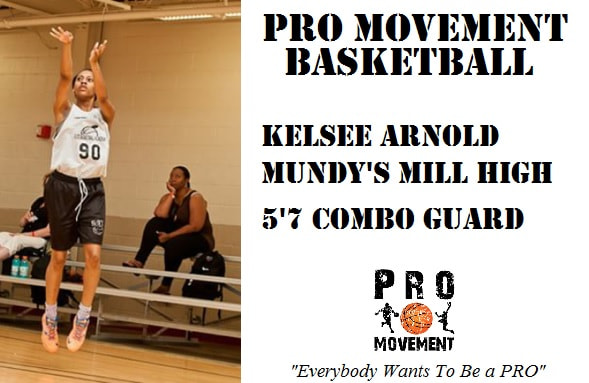 Kelsee has proven to be one of the most dangerous players in Georgia because of her ability to affect the game in multiple ways. She has the ability to create her own shot as well as involve her team mates. During her career at Mundy’s Mill High, Kelsee dominated the region and continued to improve hergame each season. Kelsee has also shown to be a great defender, averaging nearly 5 steals per game which led to numerous opportunities in transition. As the team captain, Kelsee has proven she can control the game and make the necessary adjustments in late game situations. Receiving countless awards and accolades for her play on the court, Kelsee remains humble, grounded and continues to spend long hours in the gym honing her craft.

*Kelsee is ranked #3 in her graduating class, a member of the BETA Club and the National Honor Society. She is also the Class President of Mundy’s Mill High.

Creating Her Own Shot

Kelsee has a very bright future on the collegiate level. With all her success and promise on the court, she shows the same work ethic and motivation in the classroom. She has a 4.1 GPA and scored 1530 on the SAT. Her success on the court and in the classroom makes her a well-rounded recruit with tremendous potential. Kelsee is ranked #3 in her graduating class, a member of the BETA Club and the National Honor Society. She is also the President of Mundy’s Mill High.