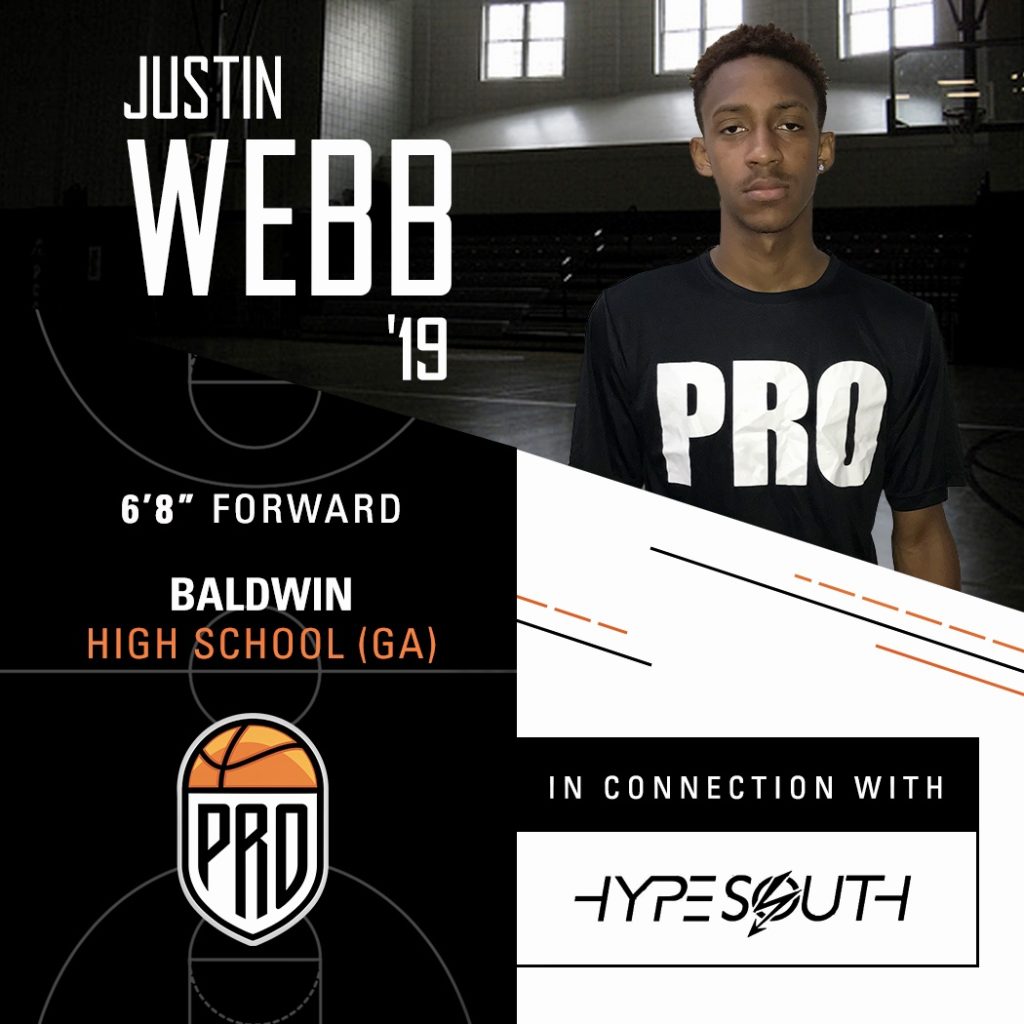 Justin Webb is a 6’8″ forward from Baldwin High School (GA).  Webb is a very talented prospect with excellent length & versatility. His junior season he played a prominent role to help Baldwin reach the Final 4. Baldwin had an great season finishing 24-7 & dominating region play with a 9-1 record. Webb has the ability to guard multiple positions and is a force to be reckoned with on the defensive end. His wingspan allows him to alter & block shots at a high rate. Webb played AAU for Coach Butts & Team Georgia Magic. Raising his stock on the circuit, Webb has caught the eyes of various college coaches, scouts & media outlets as an intriguing prospect with tremendous upside. The #PROMovement staff expects Webb to explode his senior campaign & prove to be one of the top prospects in the state. 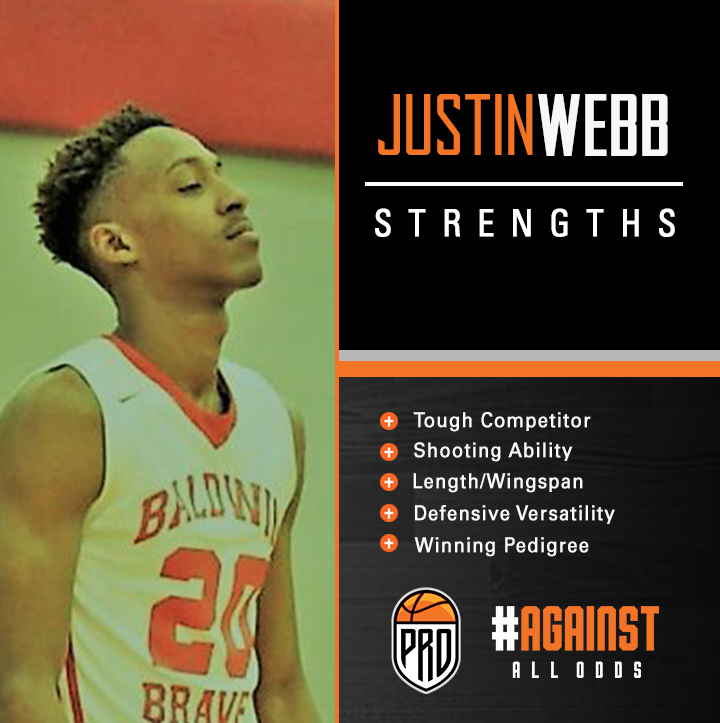 Justin Webb has the potential to be a very special collegiate basketball player. Size, length & a versatile skill set is what Webb will bring to collegiate roster. Webb will continue to get stronger & grow into his nice frame, which will only prepare him for the transition to the next level. The potential is there for Webb to really flourish & blossom into a really good collegiate basketball player. As effective & efficient as Webb is now, the #PROMovement staff  believes he has a much higher ceiling and will continue to develop. Webb is a  prospect that will add tremendous value to your roster. College coaches looking for one of the top #steals in Georgia’s 2019 Class need to take a serious look at Justin Webb.