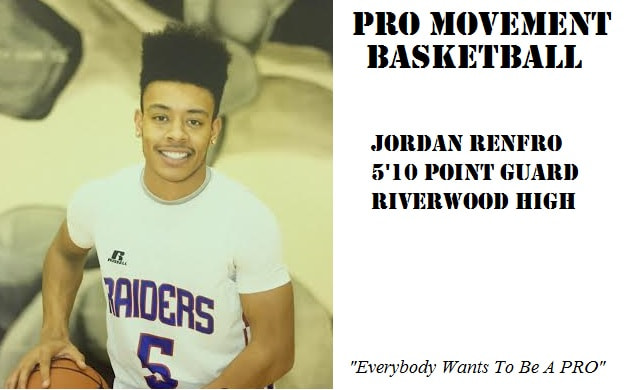 Jordan has been the starting point guard for Riverwood High School since his sophomore season, each year improving his productivity on the court. His lateral quickness and speed makes him a difficult cover for opposing teams. Jordan definitely has the gift of creating for himself, but most importantly his teammates. Jordan has great court vision in transition as well as in the half court set. He also changes speeds exceptionally well, which keeps the opposing defenses off guard and on their heals. As one of the most well rounded point guards in GA, Jordan has led his team to the top of the 7-AAAAA standings, posting a 20-8 record overall.

*Led Riverwood High School to a 20-9 record, (11-3 in region 7-AAAAA), which made them the top team in their region during the regular season.

*This video was made by Exclus Productions

After playing on a 8-16 team last year, Jordan has stepped up to the plate and has been one of the reasons Riverwood High School has been able to improve to a current record of 20-8, which is leading the competitive region 7-AAAAA. His leadership at the point guard position has definitely led to the transition from last year’s team to this year’s squad. Jordan’s ability to lead a winning team and create plays for himself, as well as, his teammates is definitely an attractive skill he possesses for the collegiate level. Averaging over 15 points , 6 assists , and 5 rebounds, Jordan has proven to be a well rounded point guard. Jordan’s ball-handling and passing ability will translate to the college level very well, making his potential as a successful point guard very bright.