Jordan Stephens is a gifted student-athlete from Middle Georgia. Many scouts, writers & evaluators consider Stephens as one of the top players in the area & one of the state’s top #sleepers. The 6’4″ combo guard plays both guard positions effectively and is an elite play-maker. Stephens is ranked as the #10 player in the Middle Ga Player Rankings by Hypesouth. He also earned a spot on the Hypesouth 2018-2019 Preseason Mr.Middle-GA Watchlist. With a 3.4 GPA, Stephens is a student-athlete that can be trusted on and off the court. This season Stephens will prove he’s not only one of top players in Middle Georgia, rather the entire state. 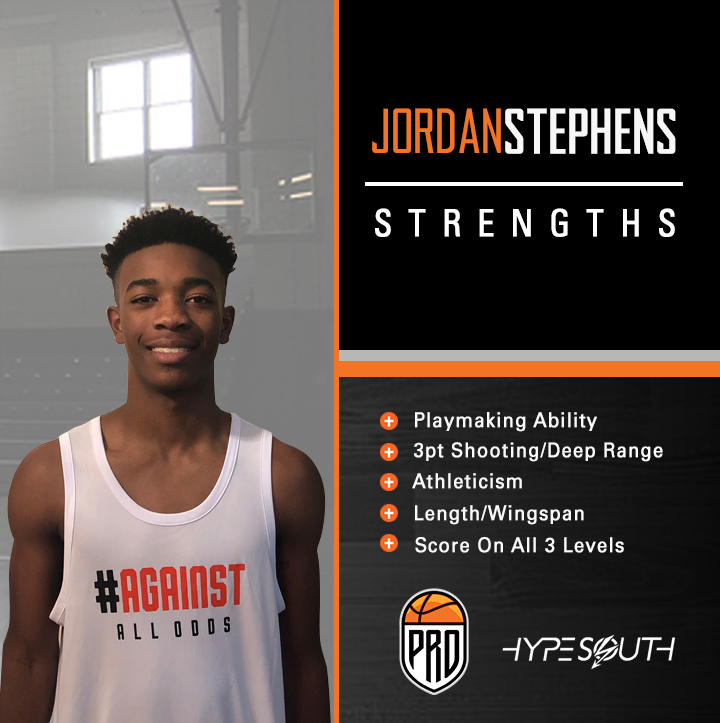 Jordan Stephens is a prospect with great upside & a very high ceiling. Stephens has the potential to be an impact player at the next level. Utilizing his length, skill set & athleticism there aren’t many things Stephens can’t do on the basketball court. He can score, efficiently, from every level of the court. Stephens also has great court vision which makes him a dual threat and the ultimate play-maker. With the ability to make them 3, from deep range, the #PRO Movement staff projects Stephens shooting ability will definitely translate to the next level. College coaches need to take a serious look at Stephens, he won’t be on the available list long.