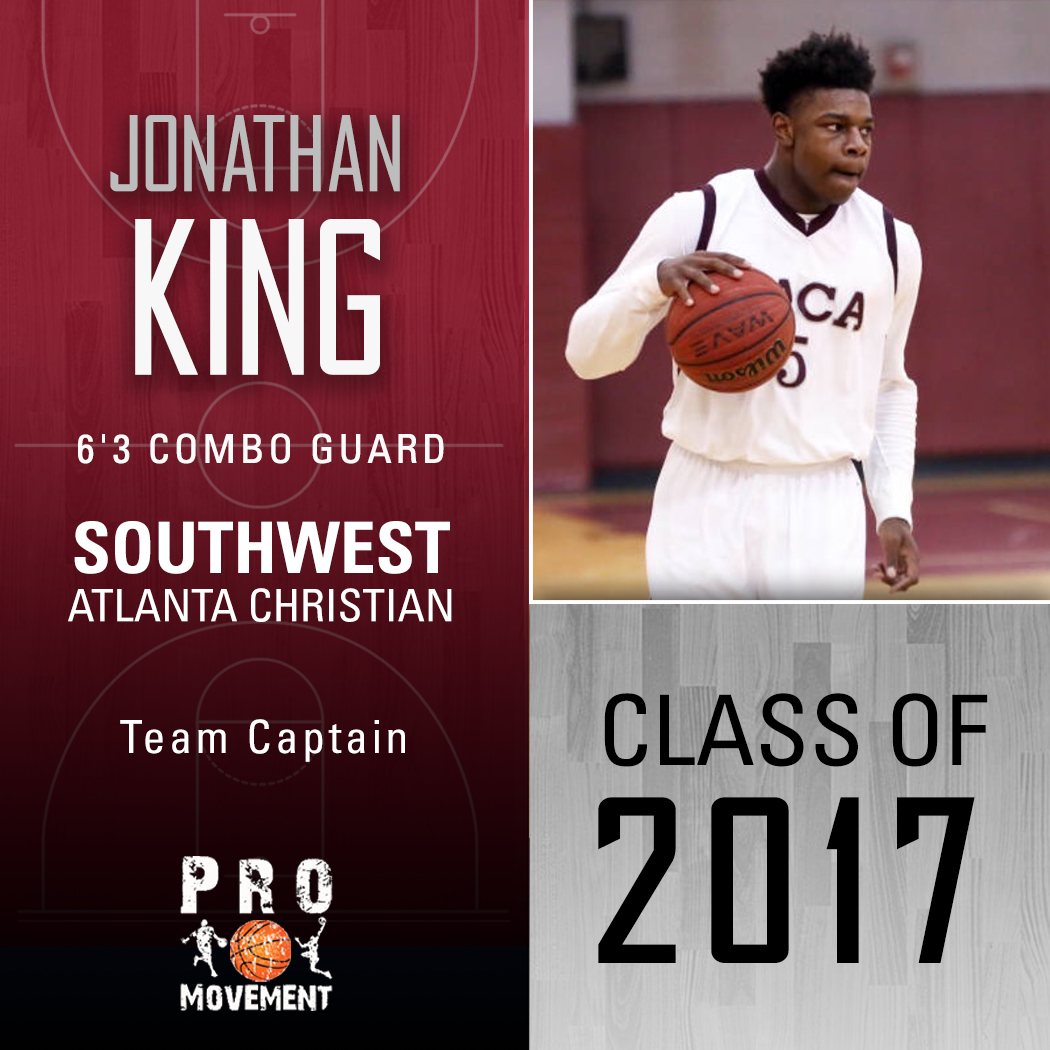 Jonathan King has been known as one of the premier players in the Atlanta area for the past few seasons.  However, this year he is making sure there are no doubts and making his presence felt on his farewell campaign.  The strong guard is very versatile and can play the point guard  and both wing positions efficiently. Standing 6’3, 205lbs, King’s physical stature and athleticism has proven to be an issue for opposing teams. His competitive nature and fiery passion shows on the court, never backing down from challenge. King is excellent at attacking the defense and creating scoring opportunities for himself and his teammates. Although a willing passer, King loves getting to the rim and able to finish with both hands through contact. King is a coach on the floor and vocal leader that inspires his teammates to compete at their highest level. 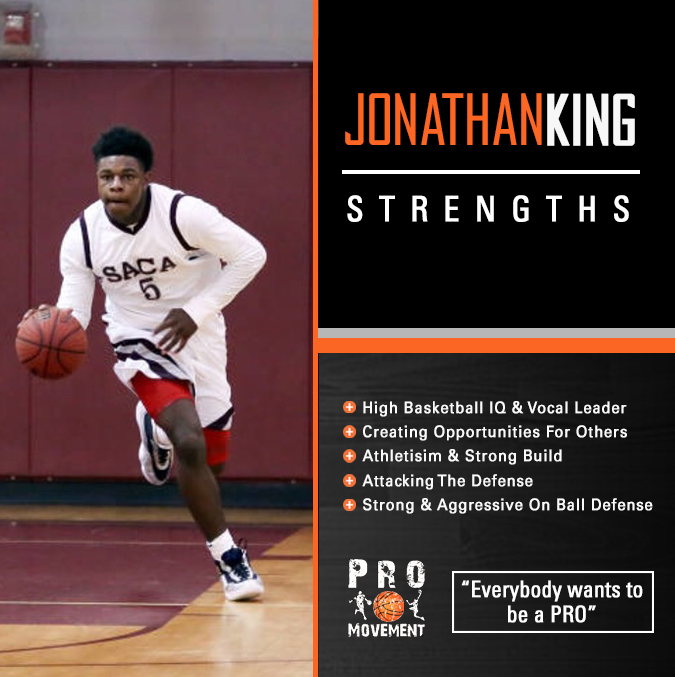 Jonathan King is going to be an excellent collegiate basketball player. His strong build will allow him to make a smooth transition from the high school level to the college level. King’s most valuable asset is his versatility. He will be able to play and guard multiple positions on the court. Also, King just plays with so much effort, passion and he’s just the ultimate competitor. Jonathan plans to pursue a degree in business with a concentration in marketing.