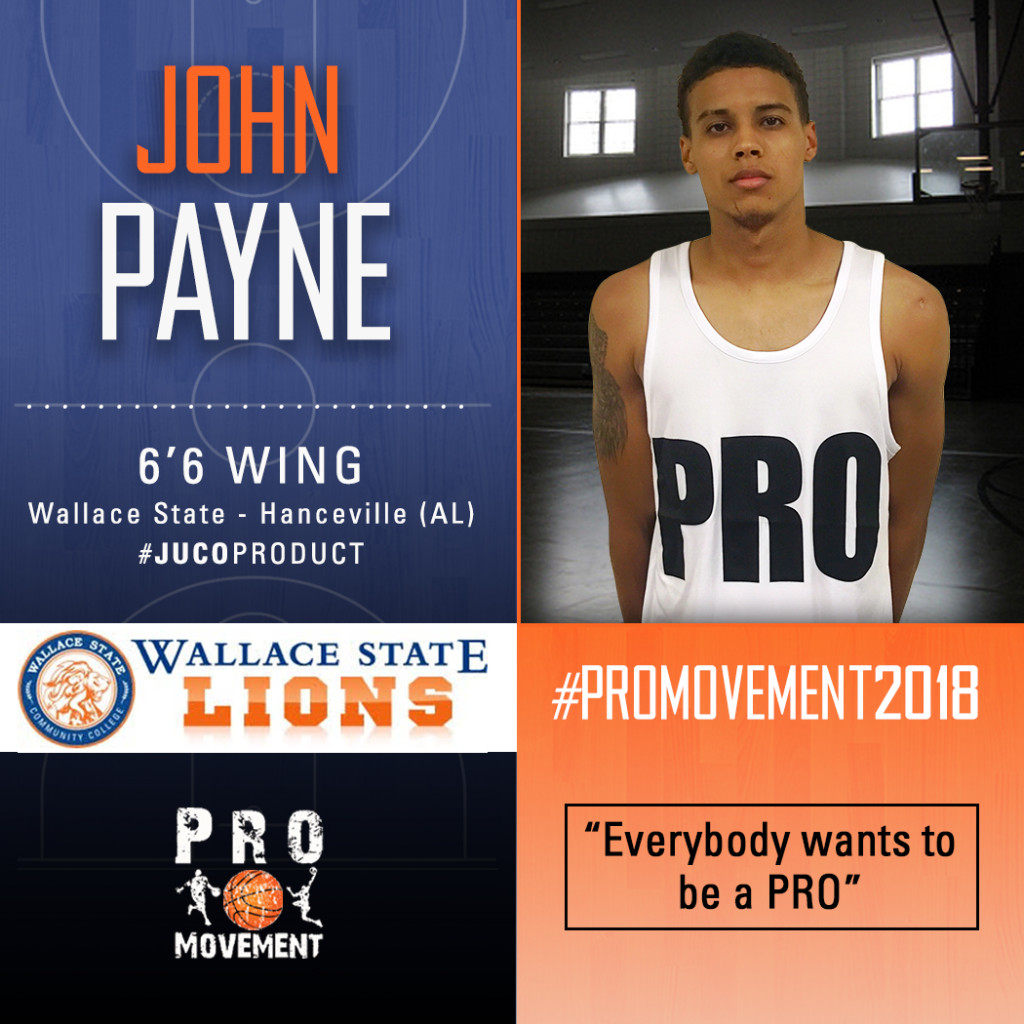 John Payne is a 6’6″ versatile wing heading in his sophomore season at Wallace State – Hanceville (AL). Payne is originally from Goodpasture Christian School, in Madison Tennessee. Graduating from Goodpasture Christian in 2015, Payne proved to be one of the most decorated athletes in school history. Earning such accolades as All-Region three separate seasons, All-State TN selection, Greater Nashville 1st Team, Region Player of The Year two times, All-Star Slam Dunk Champion, 1000+ career points scored, and earning a AAU National Championship. Payne has proven to be an elite competitor that thrives to get better year after year & compete at a very high level.

Payne signed with NAIA Lindsey Wilson College (KY) after graduating high school in 2015. He spent one semester at Lindsey Wilson before returning home. Payne took one year off before getting the urge to return to the court for the 2017-2018 season.  The 6’6″ wing will spend his sophomore season at Wallace State – Hanceville, one of the top JUCOs in the state of Alabama. Coach Meeks is expecting a big year from Payne, on both ends of the floor. 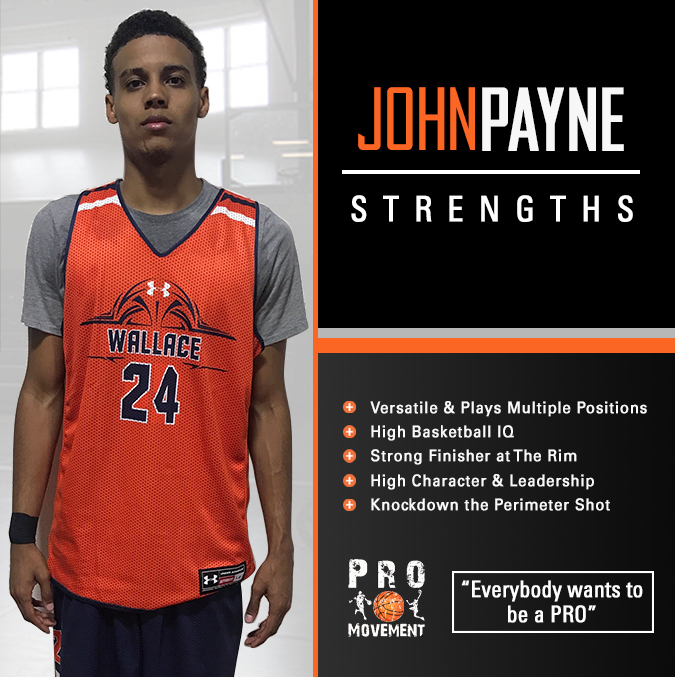 John Payne has the potential to be an impact player for various 4 year programs next season. Payne is best known for his versatility, as he can play & guard multiple positions on the court. The 6’6″ wing can hit the outside jumper to keep the defense honest and attack the rim with force & finish through contact. Most important, Payne is a high character young man that puts the team first. Not worried about individual accolades and achievements allows Payne to go out on the court & make the right plays. Whatever it takes for his team to win basketball games, he will do. John Payne plans to major in Communications or Business.