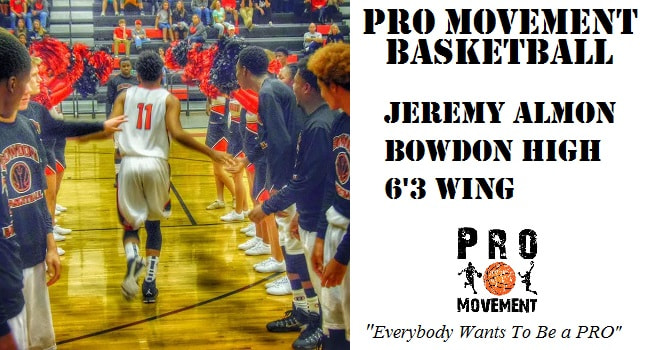 Jeremy has been the focal point for Bowdon High School for the past 3 seasons, each year improving his production on the court. At Bowdon, he was asked to do more than just score. Jeremy rebounds the ball very well and was one of the best facilitators on the team. Since his sophomore season, Jeremy has developed into a well-rounded player who always rises to the occasion. Jeremy has a nice jump shot from mid-range that extends out to the 3 point line, which makes him difficult to defend. In transition, Jeremy excels and attacks the basket very aggressively. Jeremy has been called to lead the Bowdon squad for the past couple seasons and has succeeded and removed any doubt about his ability.

Jeremy will have an excellent college career for multiple reasons. First, his versatility is a key feature that will be utilized at the next level. In high school, he played a “stretch four” because of what the team needed and his athleticism, but his true position is shooting guard/small forward. Jeremy will also be a great addition to a roster because of his ability to hit the perimeter shot as well as attack the basket. He is a double threat that always keeps the defense on its heels. Jeremy is a rare commodity because of the various skills, versatility and talents he brings to the game. The great thing about Jeremy is that his best days are ahead of him and he will continue to improve. His work ethic, drive and motivation will continue to enhance his development and success on the court.