Jalen Milner is an under the radar combo guard prospect from Georgia Military College Prep School in Milledgeville, Georgia. He is a fiery competitor who does all the little things it takes to win basketball games. During the 2017-18 season, he averaged 15.9pts, 4.1rebs, and 1.2stls per game while shooting 47% from the field, 38% from three, and 81% from the free throw line. For his efforts, he was named to the All-Region and All-County teams. After a 24-4 record during the 2017-18 campaign, Jalen and the rest of the Georgia Military College Prep squad are poised to make another deep run in the state playoffs. The #PRO staff is very excited about Jalen’s future – we expect him to have a special senior season. 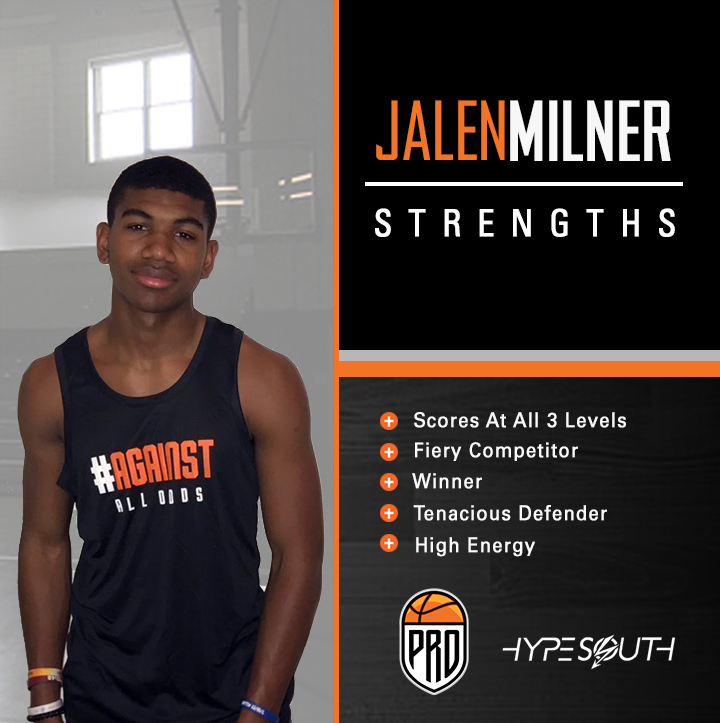 Legendary Indiana University Men’s Basketball Coach Bobby Knight said, “The key is not the will to win… everybody has that. It is the will to prepare to win that is important.” Jalen Milner has the will to win and the inner drive to put in the work necessary to win basketball games at the collegiate level. Winning habits and culture translate to the next level. Jalen has both – he’s going to make your program better on and off the basketball court. Jalen plans to major in Exercise Science or Sports Management.