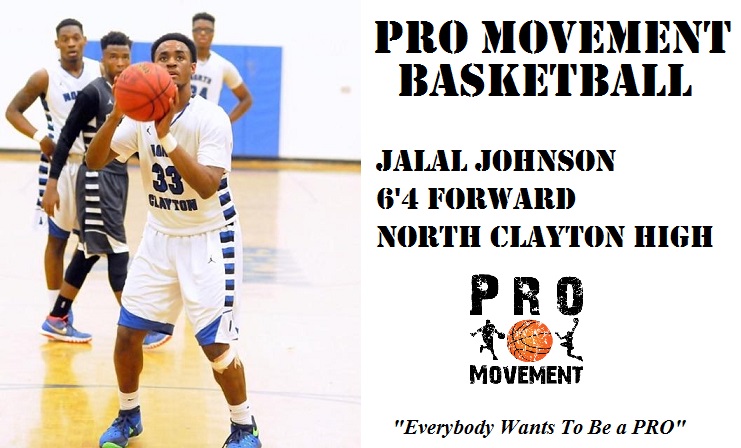 Jalal has shown steady improvement in his game since his freshman season, each season getting better and better.  Now, a senior, Jalal has blossomed into quite the talent. The versatile wing can play and guard multiple positions on the floor. His senior season he averaged 12 points, 8 rebounds and shot 87% from the free throw line. His most impressive skill is his passing ability and unselfish play. Jalal always finds the open team mate and is willing to make the extra pass. This past season, Jalal earned a spot on the Clayton County Senior All-Star Team. He also led North Clayton High School to an impressive 19-11 record, with an 8-2 record in  (4-AAA)region play. Jalal is an impressive student with scores of 23 on the ACT and 1420 on the SAT. Throughout high school Jalal has maintained a 3.33 GPA and takes his academics very seriously. 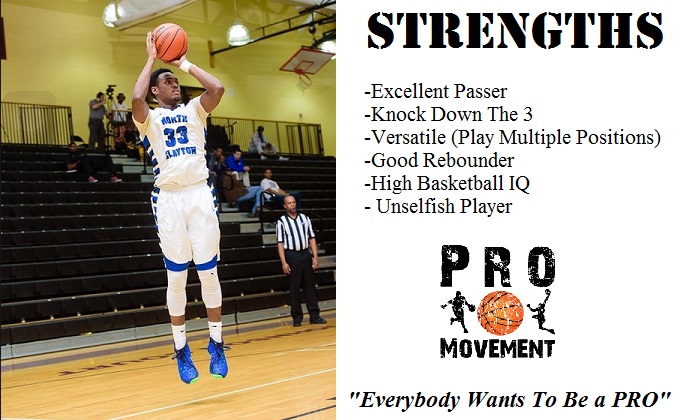 Jalal is a team player with high ceiling at the college level. His dedication and work ethic has definitely shown in his game over the past four years. Jalal’s unselfish play will allow him to fit in different systems and mesh well with the team. With his unselfishness, skill level and versatility, Jalal is quite the attractive prospect. Jalal’s work ethic a will also translate to the college well. He is willing to put in the extra hours and outwork his competition. Lastly, Jalal will lead by example on the court and in classroom. Jalal is a trust worthy student-athlete you want on your roster. He will pursue a degree Business with a concentration in Accounting.