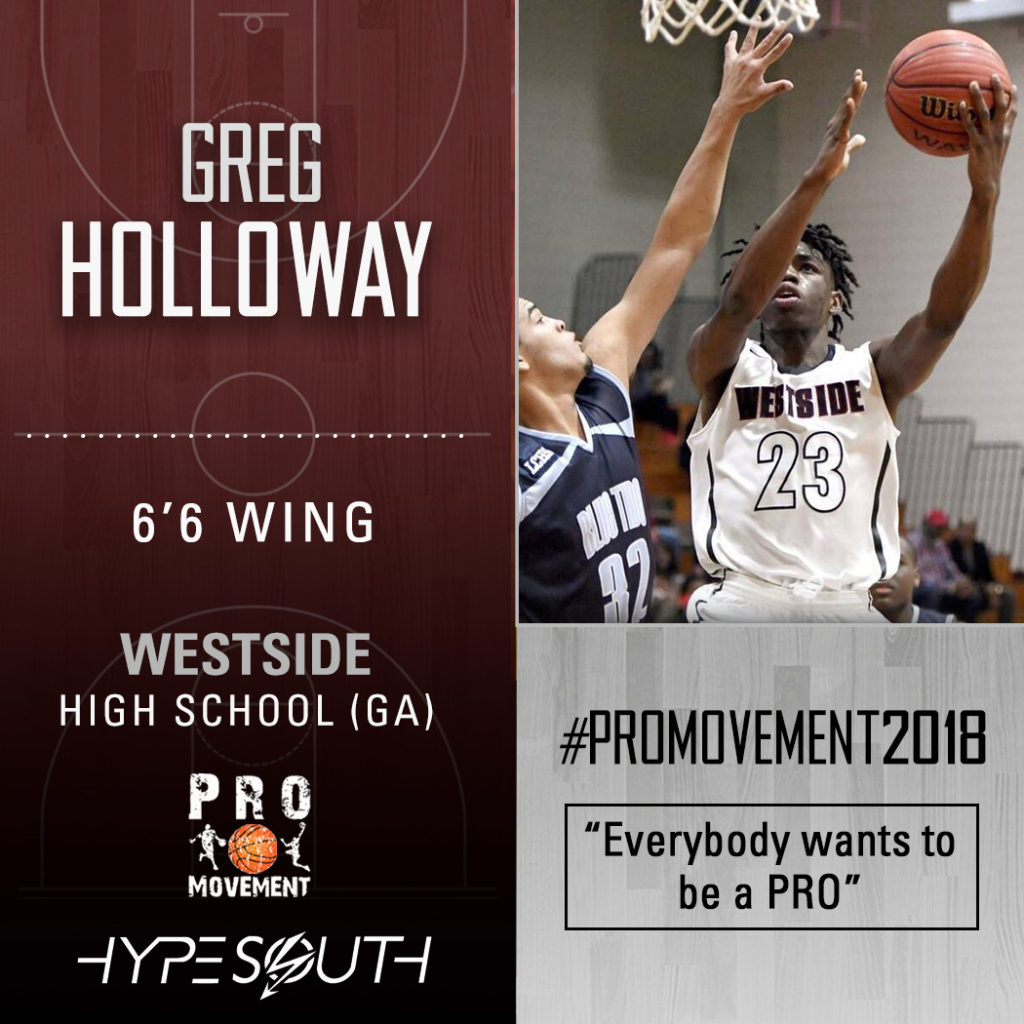 Gregory Holloway is one of the top players in the Middle Georgia area. However, Holloway is definitely considered a “hidden gem” when looking at recruiting landscape of the entire state. Many prospects go unnoticed & “under the radar” on the south/middle GA recruiting scene. However, Holloway’s performance at a SHARONE WRIGHT SKILLS 100 CAMP over the summer quickly caught the attention of the #PROMovement staff. Holloway is a 6’6″ wing with a strong build and nice athleticism. His versatility is definitely one of his most valuable assets as a prospects. He’s able to plays and guard multiple positions on the floor. Holloway is one of the leaders of Westside High School (GA), which reached the Elite 8 last season & finished with a 25-4 record. Following his senior campaign, Greg was named to the Honorable Mention Region 4 AAA team. Hypesouth also has Greg ranked as the #17 prospect in their All-Middle Georgia rankings. 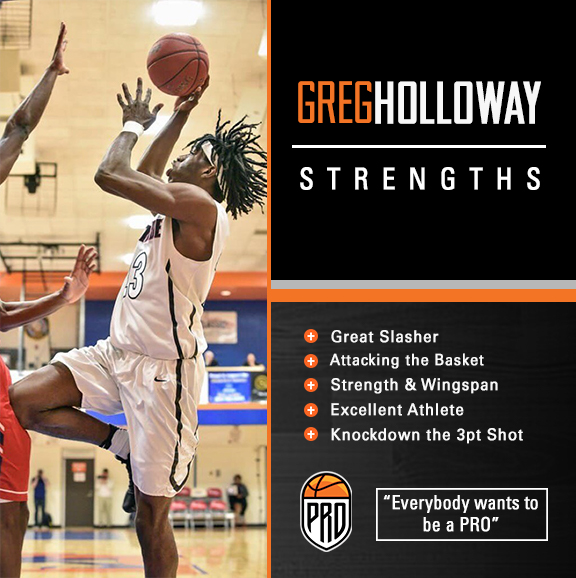 Greg Holloway has the potential to be a very good collegiate student-athlete. The #PROMovement staff believe he has the ability to be a impact player early in his collegiate career. His size & versatility to guard multiple positions effectively will allow him to see consistent playing time and speaks to the value he will add to a roster. Holloway is also an unselfish, team 1st individual that will do whatever it takes to win basketball games. Coming from one of the top basketball programs in the state for the last few years, Holloway has a winning pedigree you cannot teach. That winning pedigree & championship DNA is something you cannot put a price tag on. Holloway is also a student-athlete you can trust on and off the court. Currently hold a 3.6 GPA, Holloway takes his academics very serious. Greg Holloway wants to study Business Administration, with a concentration in Entrepreneurship, in college.