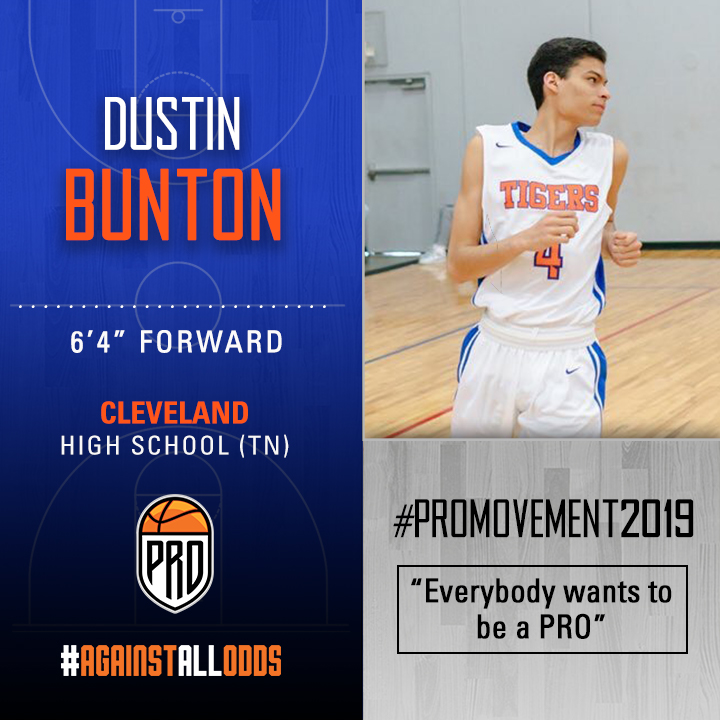 Dustin Bunton is an extremely versatile 6’4” SF that is heading into his senior year at Cleveland HS in Cleveland, Tennessee. The Blue Raiders have a perennial player on the state stage every season and based on returning payers and Dustin’s summer development, this season should be no exception! Dustin has the ability to play multiple positions on both ends of the court, and his defensive presence can be very problematic for opposing teams as he can truly defend 4 positions naturally. He can stretch the defense with a consistent shot that makes defenses show respect and has a knack for putting the ball on the floor, getting to the basket, and finishing strong through contact. However, his best attribute may very well be his extremely high basketball IQ. Dustin plays his summer ball for the very well respected Coach Chip Smith and the Tennessee Tigers, which alone, ensures he understands the game and will be ready to play at the next level. The term “hidden gem” can often be over used, but in Dustin’s case, it is very fitting. 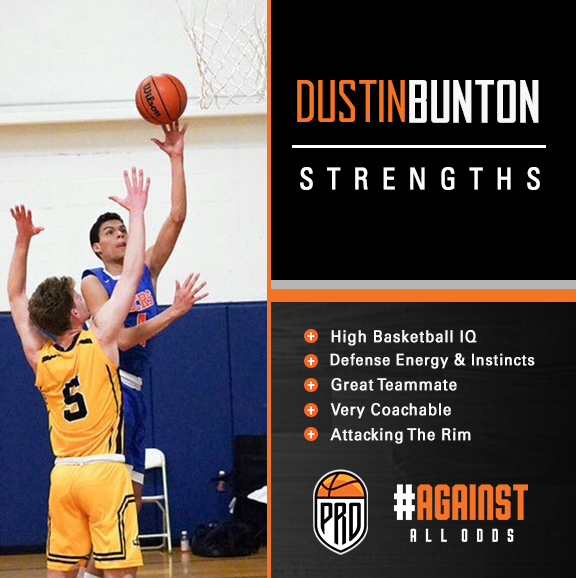 Dustin possess a very high level of potential for 4-year programs at various levels. He is a very solid academic player with a 3.16 GPA and currently has scored 20 on the ACT. He is a young man that knows what he wants in life and this will show on the court as well. He does what is asked of him. Score, rebound, play defense, bring energy, or even cheer on his teammates. He is a true “student of the game” and possess a very high character. He takes criticism very well and uses it to grow as a player and person. He can be that go to “utility” player for the right school and be a contributor from day 1 until the day he graduates.