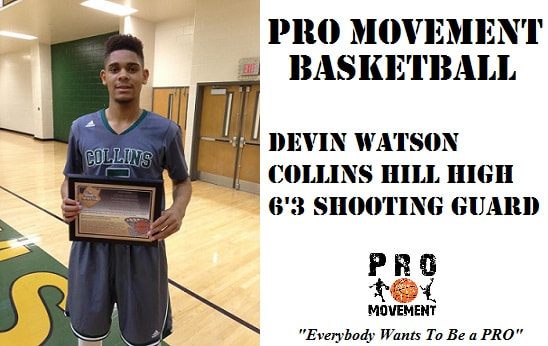 Devin Watson has proven to be one of the best players in the region (7-AAAAAA), as well as one of the best players in Georgia. The smooth lefty dominated the region this season and earned multiple awards for his achievements on the court. GeorgiaHoops.com has Devin ranked as one of the top players in the state.  Following his senior season, Devin earned a spot on the All-County 1st Team and the All-Region 1st Team. Devin is an excellent 3pt shooter who can also hit the mid-range jumper and get his team mates involved. Devin had a 31 point game against State Ranked Norcross (27-4, State Elite 8 Appearance) and also hit the game winning shot as time expired. That shot gave Norcross their only loss in region play. Throughout the year Devin has been the “go to” player for Collins Hill High School and hit multiple big shots. 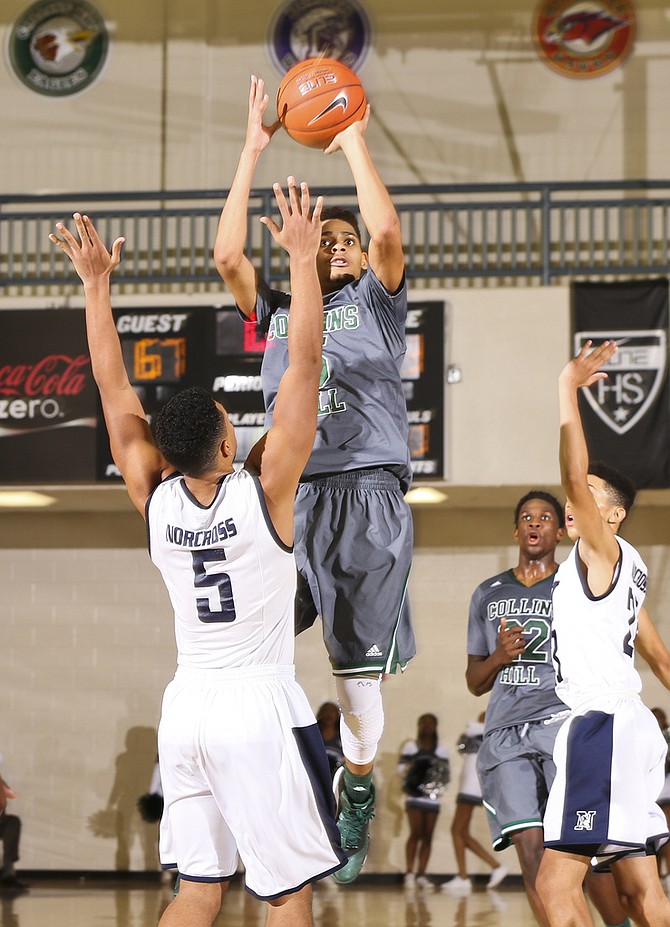 *On Dec. 9th Devin Watson had a 31 point night and also hit the game-winning shot as time expired against Norcross High School. Norcross was one of the top teams in Georgia this season (27-4) and made an State Elite 8 Appearance. Devin’s game-winning shot gave Norcross their only loss in the region for the season.  (Click Here To Read the Full Story)

Devin has a very bright future at the next level. He is a pure shooter who can fit into various playing styles and systems. Devin is an intense competitor who always rises to the challenge. One of his best traits is his ability to stay humble, grounded and he continues to put the extra effort to improve his game. Devin refuses to be outworked and will do whatever is needed for his team to win games.