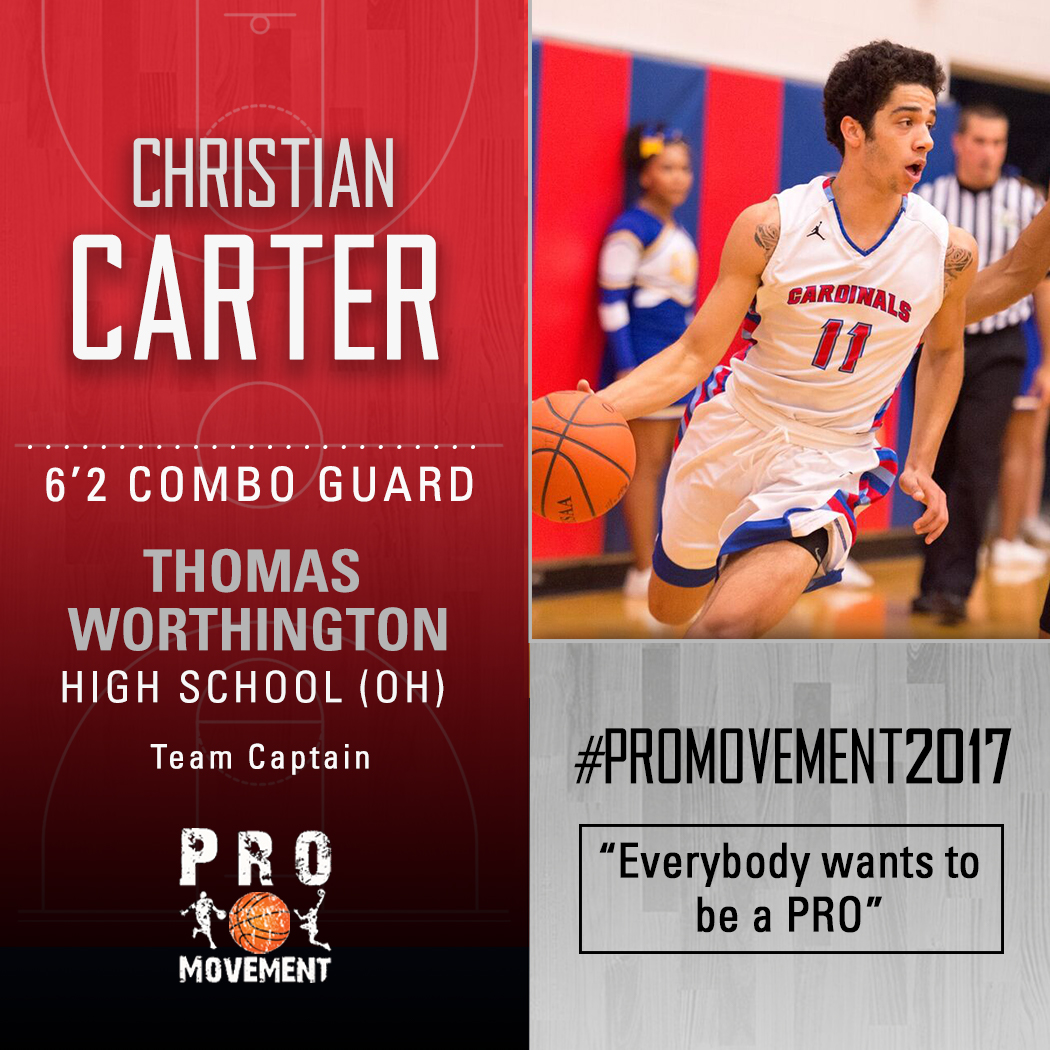 Christian Carter is an explosive combo guard from Ohio. The athletic guard is a gym rat that has improved his game year after year. As a senior, Christian has blossomed into one of the top players in the conference. He is a sneaky athlete that uses his 32 inch vertical to complete jaw-dropping plays that get the crowd into the game. Along with his athleticism, Christian is an excellent 3-pt shooter, with deep range. He can shoot it with ease and is great at attacking the rim & keeping defenders on their heals. Christian earned 2nd Team All-Conference as junior and with his performance so far his senior year, expect more accolades on his resume. However, Christian’s #1 goal isn’t the awards or accolades, rather competing to his highest level and being the leader his team needs. 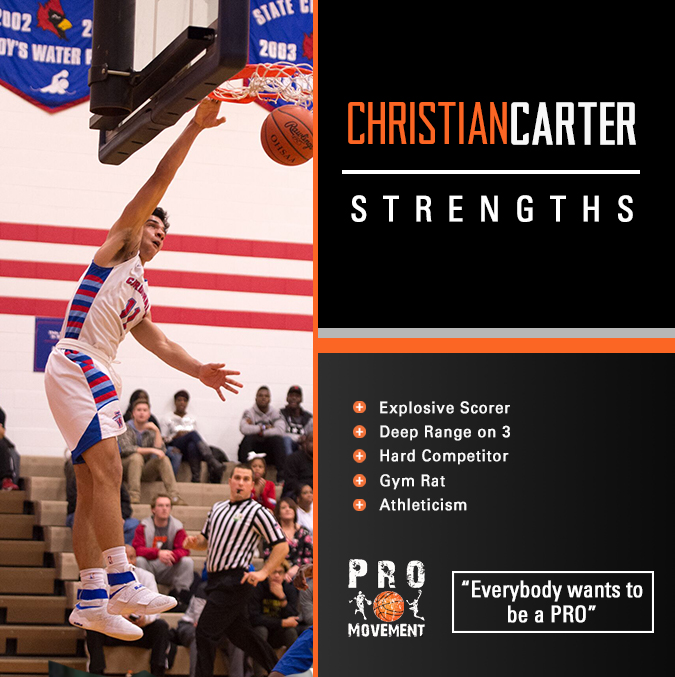 Christian Carter has the potential to be an impact player as a freshman. He is standing  at a solid 6’2, with a strong physical frame, that will translate to the college level very well. However, Christian’s #1 attribute is his work ethic. He lives in the gym. While others are sleeping, hanging out with friends etc… Christian is in the gym getting better, day after day. His dedication to honing his craft is what keeps the fire burning deep inside. Christian has a very bright future at the college level.