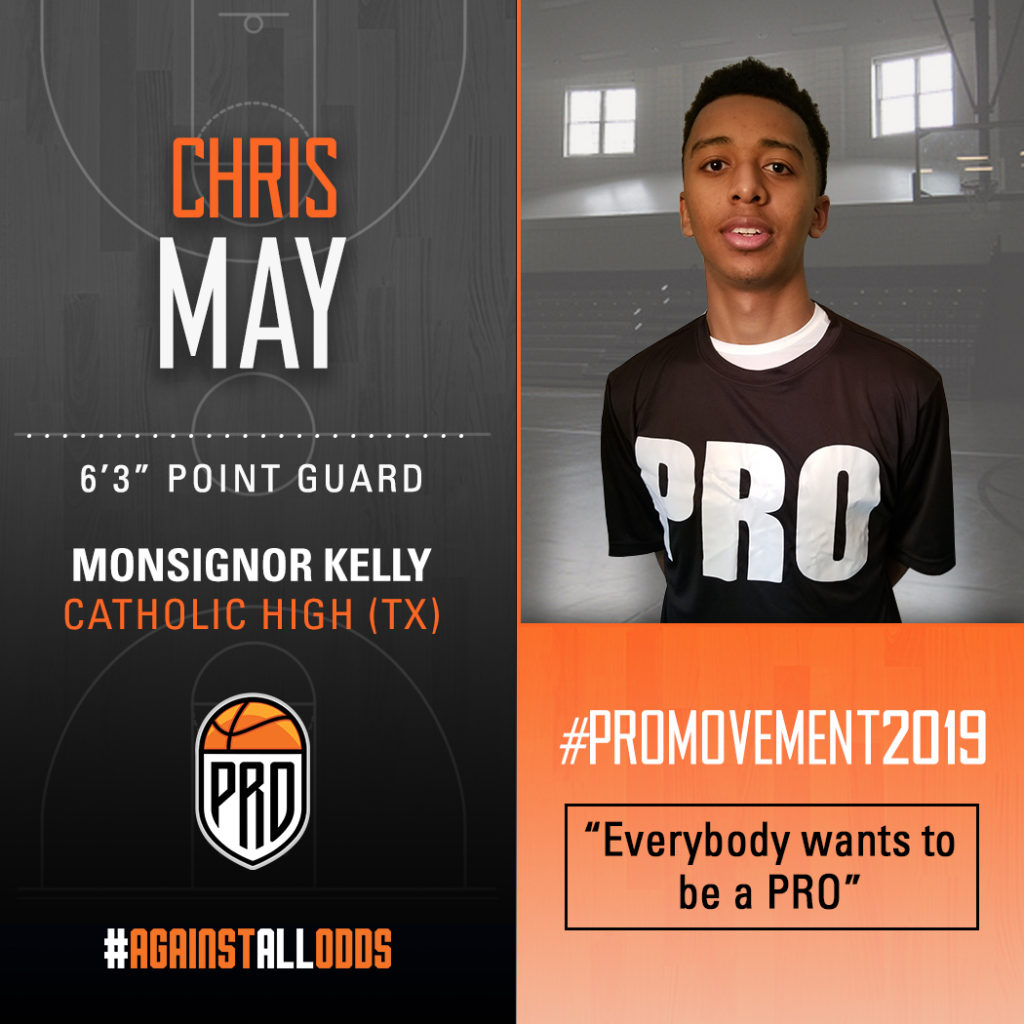 6’3″ PG Chris May will be attending Monsignor Kelly Catholic High this school year. The last two seasons, at Bob Hope, May earned multiple awards for his on court play. He was earned multiple All-Tournament selections, Team MVP, All Region & All District awards to his resume. Many sports writers & scouts, in the area, consider May as one of the top players. May played AAU with the Port Arthur Warriors & has been a varsity starter since 10th grade. The #PROMovement staff expect May to keep up his elite level play & make some noise with Monsignor Kelly Catholic this season! 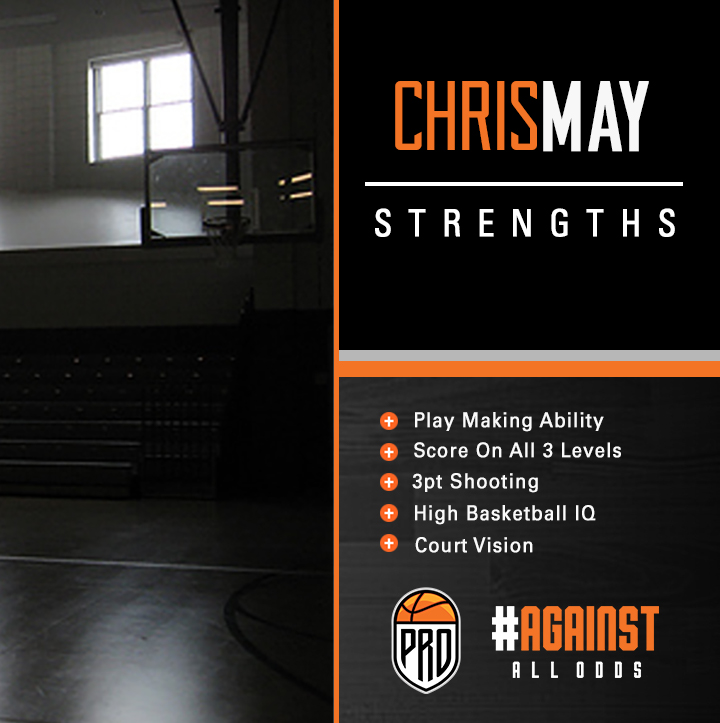 Chris May has the potential to make an impact on the court his freshman season, with the right school. May has a gifted offensive arsenal that allows him to to put an enormous amount of pressure on opposing defenses & create opportunities for his teammates. His high Basketball IQ allows him to have a genuine feel & pace to the game, always being under control. Also, standing 6’3″, May always has a noticeable height & size advantage over his competition. May plans to pursue a degree in Physical Education.