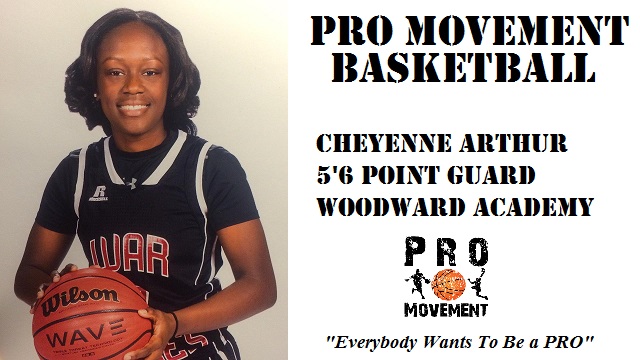 Cheyenne has steadily improved her play on the court each season after starting on the varsity team since her sophomore season. Standing 5’6, 135lbs soaking wet, Cheyenne has the heart of a lion and is a fearless competitor. She has proven to knock down the 3-pt shot over her career and attack the rim and finish strong. Developing into the team leader over the past 3 seasons definitely speaks on her dedication, discipline and passion for the game. Her sophomore season she was the starting point guard on the Woodward squad that made it to the Elite 8. Cheyenne consistently improved on her game and by her senior season she earned a spot on the 5-AAAA All-Region Team, as an Honorable Mention selection. Cheyenne is also an excellent student who takes her academics very serious. She maintained over a 3.7 GPA in high school and scored a 25 on her ACT. 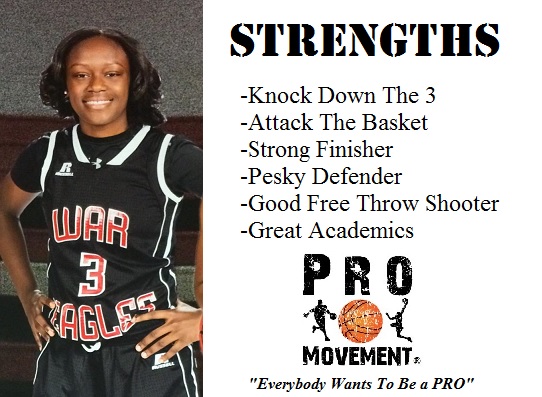 Cheyenne has the potential to be a very good college basketball player. She is a well-rounded player who can hit the open jumper, find the open player for the assist, be a good defender and she is the ultimate team mate on and off the court. Her positive energy and work ethic is contagious, which will inspire her team mates. Regardless of what is being asked of her, she makes the necessary sacrifice for the team. She is the ultimate teammate who puts the team first. Cheyenne will definitely make any team she plays on better. And her academic achievements are what separate her from most prospects. She will continue to give her all on the court and in the classroom.