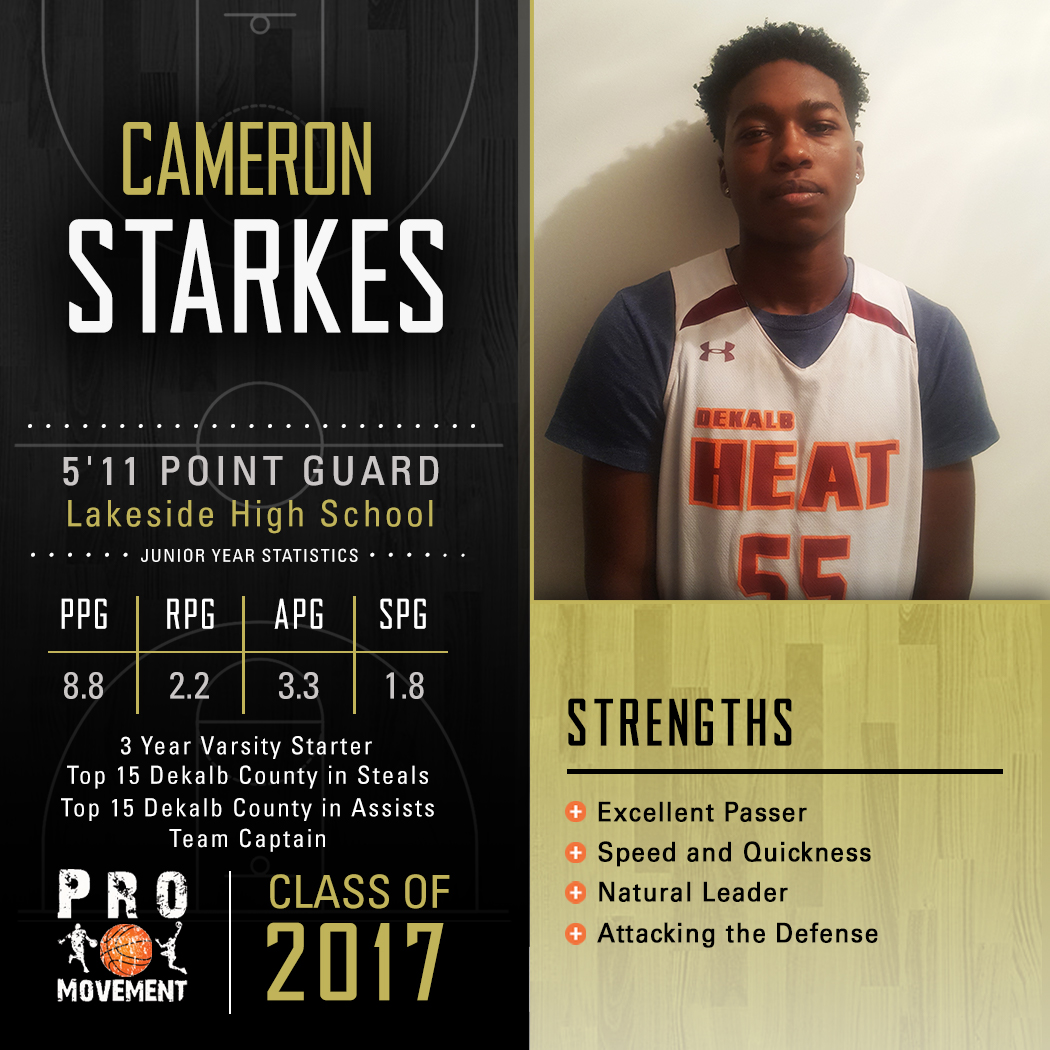 Cameron Starkes is a lightning quick point guard that will lead Lakeside High School at the point guard position for the 2016-2017 season. After spending the last two seasons at Druid Hills High School, Cameron has decided to finish his high school career at Lakeside High. Cameron started at the point guard position for Druid Hills his sophomore and junior season. Proving to be very solid player at a young age against top teams throughout the region. His junior season, Cameron was the team captain and took pride in leading a young Druid Hills roster into battle every game. Starkes is an excellent passer and definitely knows how to create opportunities for his teammates. Standing at 5’11, the quick point guard plays the passing lanes exceptionally well and has been one of the region leaders in steals for the past two seasons. We look for Starkes to continue to ride the momentum from the end of his junior year and this past AAU season (member of the Dekalb Heat) into a great senior season at Lakeside High School.

Cameron has been recognized as a premier point guard talent in Atlanta by industry experts and recruiting services such as Reggie Rankin (ESPN Director), Hoopscoop Phenom 150 Elite Camp selected him as the #4 Ranked point guard in the camp, All Star Phenom 150 Elite Camp and many others. As the summer ends and his senior year approaches expect for Cameron to be at the top of recruiting lists for college coaches.

Cameron Starkes is an excellent 2017 point guard prospect. He can score the ball when needed, scrappy defender and a great passer. He has proven to be able to compete against some of the best talent in Georgia on the AAU circuit and in the his high school region play. His ceiling is very high because of his drive to get better and studying the game of basketball. At the point guard position, Cameron is a true student of the game who wants to consistently improve. Cameron will have a breakout senior season and will continue to show and prove.