Brison Rockcliffe is an under the radar prospect from Lithonia High School in Lithonia, Georgia. Lithonia is a member of GHSA Region 5-5A, one of the toughest regions in the state of Georgia. During the 2017-18 season, the Lithonia Bulldogs finished the season 23-7 (9-4 in Region 5-5A), including winning the Region Championship and making a trip to the GHSA Elite 8. For the year, Brison averaged 11 points, 4 assists, and 3 rebounds while shooting 41% from the three point line. He was named 1st team All-tournament at the Peach State Classic held at Clayton State University and made 3rd team All-tournament at the Tournament of Champions held at Wheeler High School. The #PRO staff expects Brison to have a big time senior year – we will be following his progress throughout the year. 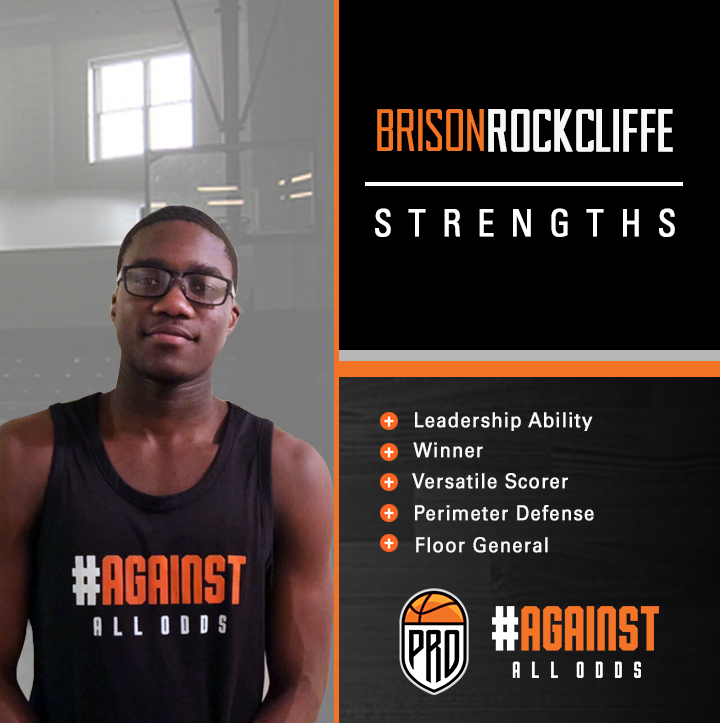 Brison Rockcliffe is a battle-tested guard from Region 5-5A, one of the premier basketball regions in Georgia. At the next level, Brison will be an immediate impact player. His defensive prowess and ability to score in different ways will be huge assets to a college program. Brison is in constant attack mode – he puts a tremendous amount of pressure on defenses, enabling his teammates to get easier scoring opportunities. He plans to major in Sports Medicine, Business Entrepreneurship, or Architecture.