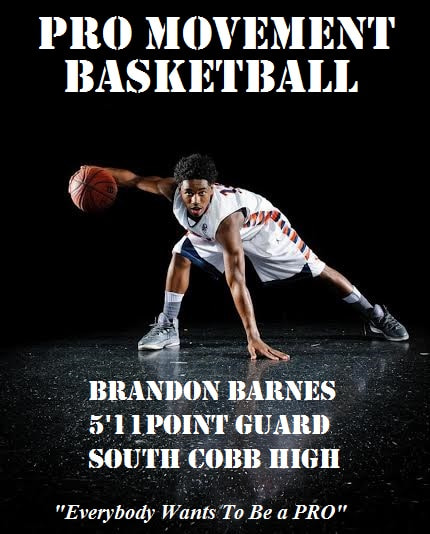 Brandon Barnes is a very quick and athletic point guard with a strong frame. At 5’11, 185lbs, he already has the build of a college point guard. His quickness, from  endline to endline, and his ability to attack off the dribble is one of his most attractive features. Also, due to his athletic abilities and strong build, he has the ability to finish with contact at the rim. He is a great defender with a non-stop motor, which makes him problematic for opposing teams. Brandon’s vision and passing ability allows him to create opportunities for his teammates. His mid-range game is second to none, which makes him such a tough player for opposing guards. Brandon has the mid-range game, the ability to finish at the rim with contact, hit the three when needed, and also find his teammates with great passes. He definitely has the ability to affect the game in various ways.

*Lettered in Basketball, Football, Track and Cross-Country In High School

Brandon already has the body and strength of a college player, which will make the transition easier for him. Also, Brandon’s basketball IQ is very high. His understanding of strategy and exploiting mismatches definitely proves he is a student of the game. Brandon plays unselfishly and makes the right play every time down the court. What makes Brandon such a great prospect is his ability to affect the games on both ends of the court. He plays with such high energy and passion, he will inspire others to follow and do as such. Brandon definitely has a bright future at the college level due to the fact that a guard with so many different attributes and abilities is a rare and unique commodity.