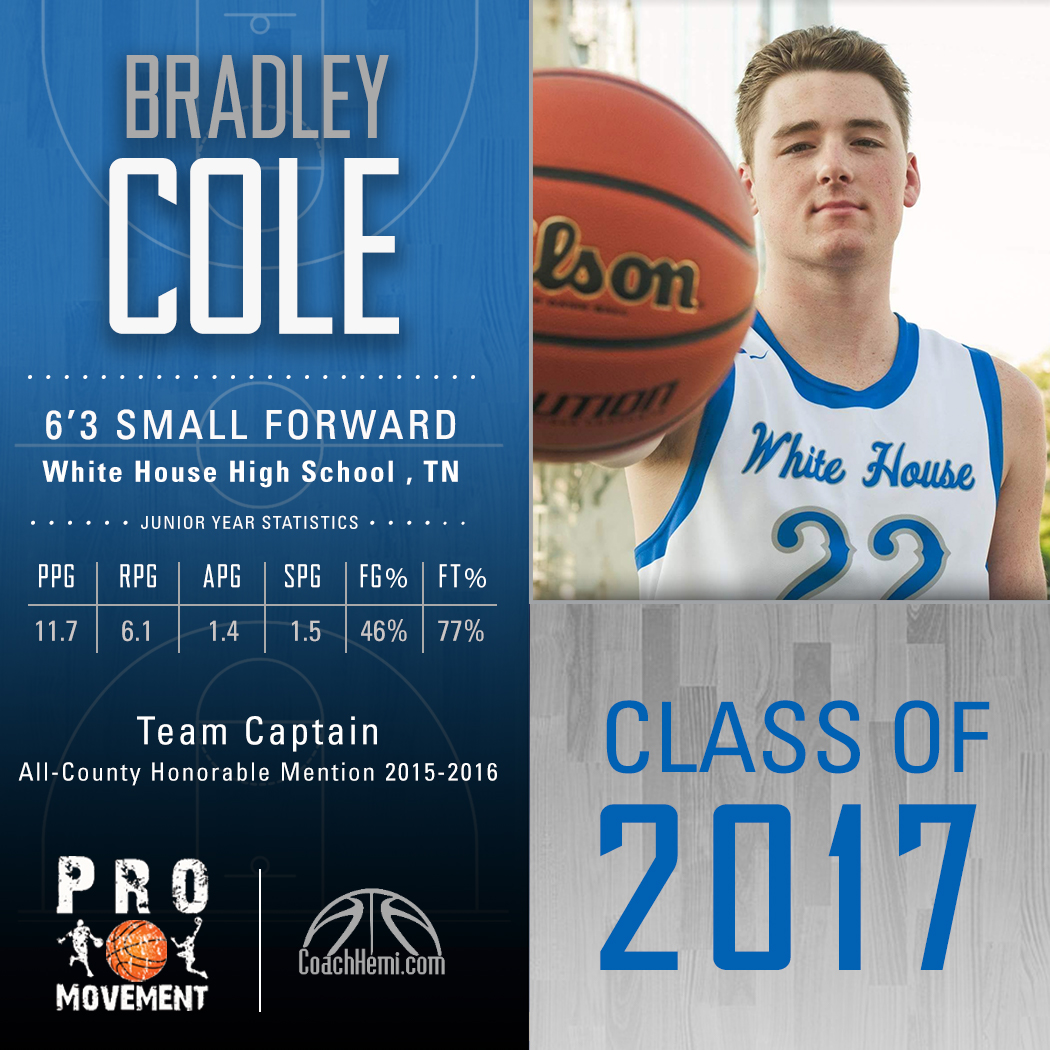 Bradley Cole is a 6’3 wing that has been consistently evaluated by top National Evaluators, such as Jonathan Hemingway (CoachHemi.Com), as well as a few other nationally recognized recruiting services. Year over year, and the evaluations are all the same.  He continues to get better each season, most importantly, making his areas of improvements into his strengths. Over the last two seasons Bradley has developed a consistent 3-point shot and the strength & conditioning to finish around the basket. Bradley also rebounds very well at the small forward position. His junior season he averaged over six rebounds per game to go along with just shy of twelve points a game. Bradley has proven to be one of the most well-rounded players in the county. He contributes in so many ways on the court. He can score in various ways and competes on the defensive end with high energy. However, one of Bradley’s most valuable traits is how vocal he is on the court and his leadership qualities, which is something you cannot teach.

With Bradley’s consistent improvement  year over year, his well-rounded play, and natural leadership capabilities, we look for Bradley to have a huge senior season. The college coaches that get on Bradley’s recruiting trail early will definitely have the chance to secure a gem for their roster next year. 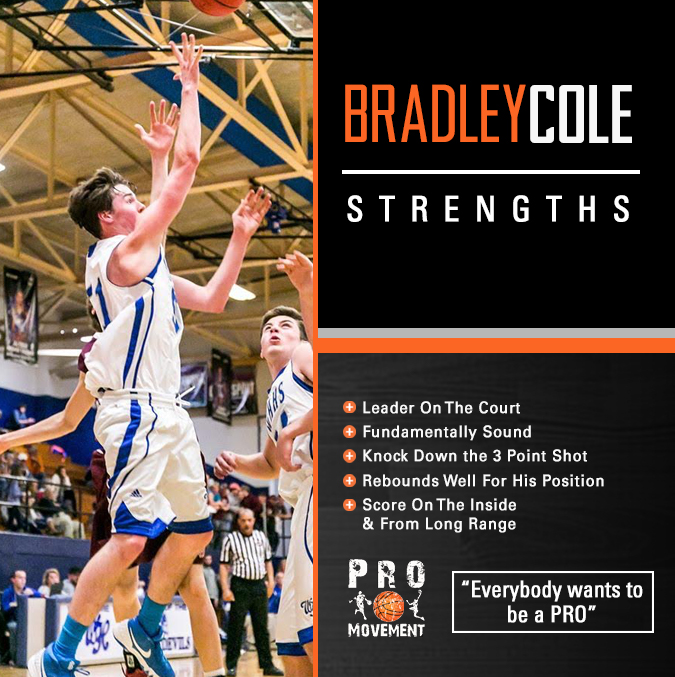 Bradley has a bright future at the collegiate level. His work ethic and dedication has led directly to the improvement in his game each year. With that being said, we definitely believe he will only step his preparation and work ethic at the college level. Bradley is a student of the game and a very intelligent basketball player. He is also a great teammate willing to do whatever is asked of him by the coach. Bradley is a player that will add value to your roster on both the offensive and defensive end, while being one of the vocal leaders on your team. We believe his best basketball is ahead of him and he will exceed all expectations at the next level.